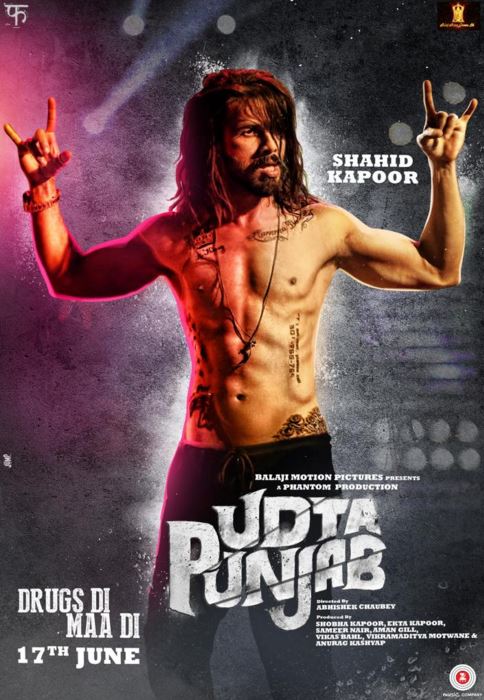 Mumbai: Shahid Kapoor today unveiled the first look of his much-awaited film 'Udta Punjab', where the superstar will be sporting long locks, toned abs and beard.

The 'Kaminey' star took to Twitter to introduce his Punjabi rockstar character Tommy Singh in the film, based on the substance abuse in Punjab.