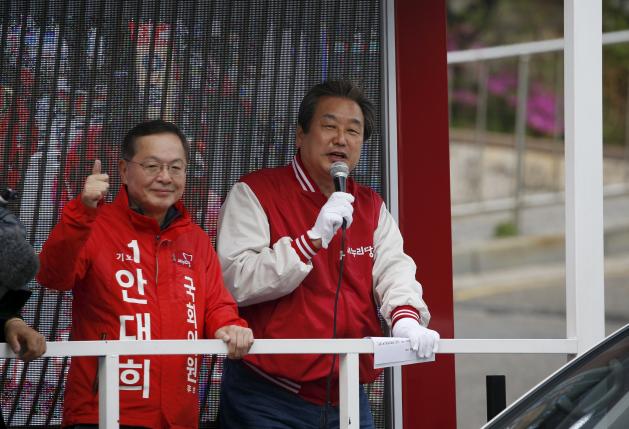 South Koreans voted on Wednesday to elect a new parliament, with the ruling conservatives expected to regain a majority despite a sluggish economy and a four-year term considered one of the least productive ever.

Early voter turnout was low compared to four years ago, according to the National Election Commission, a trend if it continues is likely to work to the advantage of President Park Geun-hye's Saenuri Party.

Saenuri holds half of the 292 seats in the National Assembly. Before recent defections, it held a majority with 157 seats in the 300-seat unicameral parliament.

"I hope that parliament will be more mature to mirror the maturity of the voters and that politics can be used for the welfare of children and young people," Kim Jeong-yeon, 46, said after casting her vote in Seoul.

A strong showing by Saenuri would raise expectations that it will field the winning candidate in a December 2017 presidential election to find a successor to Park at the end of her single five-year term.

The country has a strong presidential system around a national leader who is limited to a single term by constitution but has control over domestic and foreign policy issues.

Park's legislative agenda has been slowed by a parliament often deadlocked by political squabble. Park has blamed both sides in parliament for hamstringing her push to boost growth, create jobs, and get on with structural reforms she says are needed to fix chronic problems.

Saenuri enjoys strong support among older voters and it has sought to cement that by emphasising its tough position on North Korea following a spike in tension triggered by a fourth nuclear test in January and a rocket launch a month later.

The party has been doing well in opinion polls with 37 per cent support, according to a Gallup Korea survey of 1,000 people released on April 1, compared with 21 per cent for the main opposition Minjoo Party.

South Korea's economy grew 2.6 per cent last year and youth unemployment reached 12.5 per cent in February, the highest since the government started keeping records in 1999, compared with single-digit joblessness in other age groups.

The opposition is seen as unlikely to mount a serious challenge at the ballot box especially if disillusioned voters stay away, analysts have said.