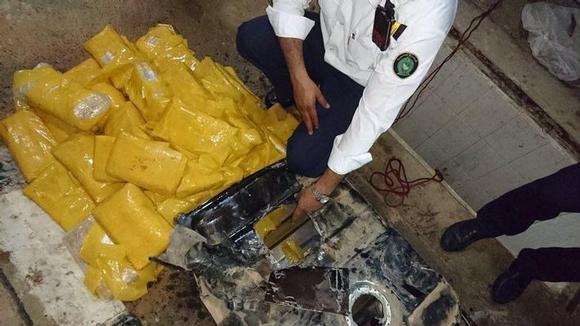 Riyadh: A drug trafficker failed in his attempt to outsmart the customs officers and smuggle 85 kilogrammes of cannabis (hashish) into the country.

Alert officers screened his car at the Al-Wadia’a customs checkpoint and confiscated the drugs that were hidden in the main fuel tank, which was separated from the engine and replaced by the spare tank.