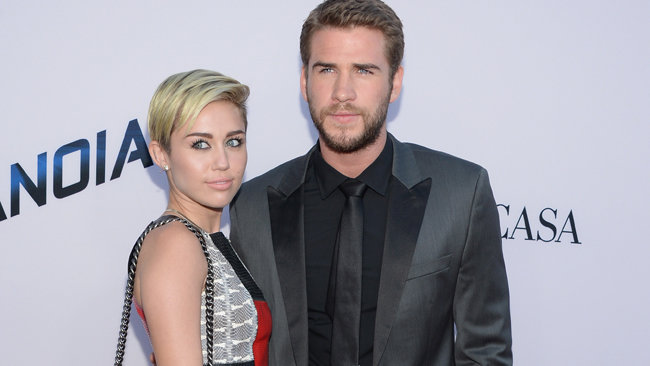 The 'Hunger Games' star proposed to the 'We Can’t Stop' hitmaker in 2012 after spending three years in an on-off romance, but they called off their engagement and parted ways in 2013, reported People magazine.

Rumours that the stars were re-engaged started early this year after Cyrus, 23, was spotted wearing the 3.5 carat engagement ring she had previously accepted before their split in 2013.

Hemsworth stated he is not interested in receiving fanfare for his personal decisions.

"I just don’t leave my home. For the last few months because I had a back injury I really couldn’t do much. So I have honestly been at my house most of the time.

"It is what it is and I am not someone who is looking for any more attention that I have and I try not to draw attention in any way.

"I don’t do things that do draw attention. So most of the time I fly under the radar. There is a lot of attention there but I did have a helicopter flying over my house for a while."