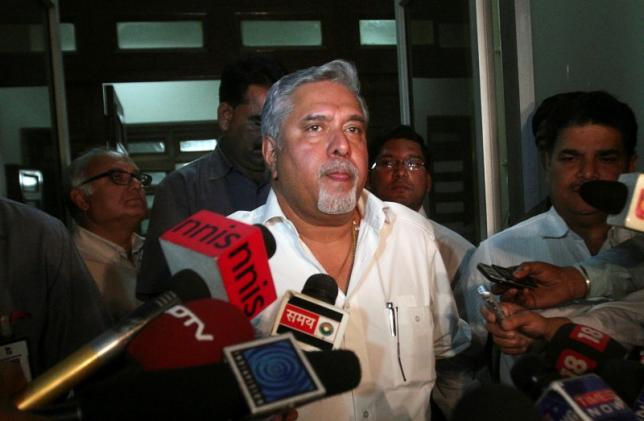 India has suspended for four weeks a diplomatic passport issued to embattled tycoon Vijay Mallya, who left the country last month, after creditor banks of his defunct Kingfisher Airlines stepped up pressure to recover about $1.4 billion in debt.

India's foreign ministry has given Mallya, a liquor baron who is also a member of the upper house of parliament, a week to say why his passport should not be impounded or revoked, the ministry's spokesman, Vikas Swarup, said on Friday.

"If he fails to respond within the stipulated time, it will be assumed that he has no response to offer and the Ministry of External Affairs will go ahead with the revocation," Swarup said in a statement.

India's Enforcement Directorate, an agency that investigates financial crime, had advised that Mallya's passport be suspended, he added.

Mallya has not revealed his whereabouts since his departure on March 2, but has said he was not an absconder.

The creditor banks this month rejected an offer by Mallya to repay part of the loans to Kingfisher, and demanded that the former billionaire attend a hearing in India's Supreme Court.