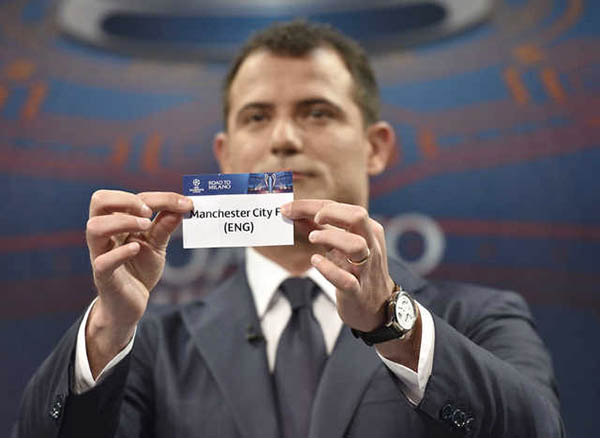 Nyon, Switzerland: Pep Guardiola avoided his future employers as Manchester City were yesterday drawn to play Real Madrid in the semi-finals of the Champions League while Atletico Madrid will face the Spaniard’s Bayern Munich.

Guardiola takes over as City boss next season after three years at Bayern in which he has steered the Bavarian giants to the last four in Europe on each of his three years in charge.

“Spanish teams are always strong in the Champions League and I have seen in the last few years how strong Atletico are in the Spanish league,” Guardiola said.

“They have a good mentality under their coach (Diego) Simeone and have good players going forward in (Fernando) Torres and (Antoine) Griezmann. Simeone is one of the best coaches in the world and his team is one of the best in Europe.”

Atletico, winners over defending champions Barcelona in the quarter-finals, and Bayern have met once before in European action, in the 1974 final. The Bundesliga side ran out 4-0 winners in the replay following an initial 1-1 draw.

Bayern striker Robert Lewandowski said the Bundesliga team would be wary of Atletico.

“@Atleti did show the strength in the match with Barcelona. We must maintain maximum concentration,” the Polish international tweeted.

Bayern’s Spain international Javi Martinez added: “That will be a difficult game against a strong opponent.”

Clemente Villaverde, Atletico’s director of football, called on his team to “maintain that reliability we have shown vall season”.

For outgoing Manchester City boss Manuel Pellegrini, the semi-final will be a return to the club he managed in 2009-10.

City’s only games against Real, unbeaten in their last eight games against English clubs and in the semi-finals for a record sixth successive time, were in the 2012-13 group stage. They drew 1-1 at home and lost 3-2 away.

City’s sporting director Txiki Begiristain said: “It’s a great tie against the team that has won the competition the most times.

“But we have got this far and we want to keep dreaming.”