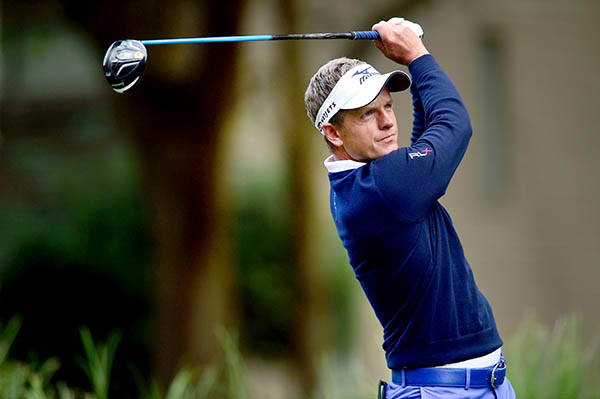 Los Angeles: Former world number one Luke Donald, stung by his failure to qualify for this month’s Masters, was pleased to produce a straightforward 66 on Thursday for a share of the RBC Heritage first-round lead.

“It was a pretty simple 66,” said England’s Donald, who had six birdies and a bogey in a five-under effort that left him tied with South Africa’s Branden Grace at Harbour Town Golf Links in Hilton Head, South Carolina.

They had a one-shot lead over a quartet of players led by world number one Jason Day of Australia and including Sweden’s David Lingmerth and Americans Matt Kuchar and Tony Finau.

“I didn’t have to scramble very hard and was able to just put it in good positions,” added Donald, who rolled in birdie putts of 15 feet, 16 feet, six feet and five feet.

That’s a step in the right direction for a player who said attempts to rebuild his swing had ultimately hurt his game, costing him sharpness in his short game and putting.

Harbour Town might be just the place for Donald to reverse his fortunes. He owns five runner-up finishes in the Heritage, the most heart-breaking a defeat to Matt Kuchar’s chip-in from a bunker two years ago.

Grace, playing the Heritage for the second time, also fired six birdies and a bogey to grab his share of the lead in tricky, windy conditions.

“It was not the best ball-striking day, but nothing’s easy on a day like today with the wind blowing all over the show,” Grace said.

Day’s five birdies included a 27-footer at the par-four 11th. He fell out of a share of the lead with his only bogey of the day at 18, where he took an unplayable lie in a greenside bunker.

“I played some nice golf,” Day said. “Obviously that wasn’t the finish I wanted. I shouldn’t have been in the bunker in the first place. Today was the easiest day and now we got three tough days coming up.”

Day is coming off a respectable finish where he contended in The Masters, the first of four major championships in 2016.

Reigning US Amateur champion Bryson DeChambeau made his pro debut and hit a 70.