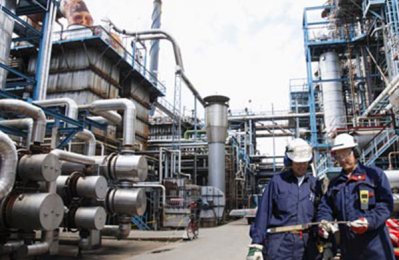 Kuwait National Petroleum Company (KNPC) said on Saturday it had shut some units at its al-Ahmadi refinery for routine maintenance and dismissed reports that the closures were related to a planned strike by oil workers.

KNPC, one of Kuwait's state oil companies, said in a statement carried by state news agency KUNA that the closures were planned in advance as part of a clean fuels project being implemented at the Mina al-Ahmadi and Mina Abdullah refineries.

It added that it may close one or more of the total 52 units at al-Ahmadi as part of an emergency plan if necessary.

Oil workers at Kuwait Petroleum Corporation (KPC), of which KNPC is a subsidiary, have said they will go ahead with a strike starting on Sunday after rejecting the company's offer to suspend the implementation of public sector pay reforms.

The Gulf country's acting oil minister, Anas al-Saleh, urged the unions on Saturday night to refrain from actions that could "damage the Kuwaiti oil sector" or harm the country's reputation. – Reuters