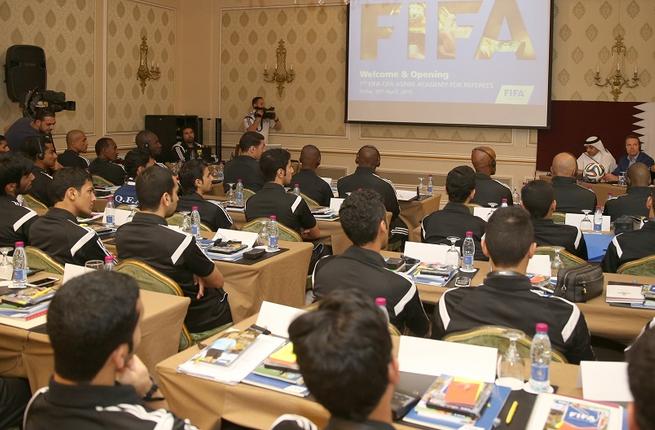 Doha: Qatar hosted a FIFA referees’ seminar which included men's and women's officials on a common platform for the first time ever.

The seminar is used by FIFA as a training mechanism for referees who are likely to be part of the two elite tournaments and involved physical and endurance tests, lectures, presentations and audio-visual analysis of real-time decision making on the pitch.

"The quality of football in the women's World Cup is growing rapidly and the tournament is emerging as a major spectator sport," said FIFA's Head of Refereeing Massimo Busacca, in an interview with www.sc.qa.

"It is also opening up new broadcast markets. Referees officiating in the tournament, therefore, will need a similar level of training like their male counterparts."

He continued: "The philosophy of refereeing in both men’s and women’s competitions must be similar. Men and women referees must work together and exchange ideas and both should learn from each other."

"This is the reason why FIFA is investing millions into the development side of football of which referees training is a part." Qatar Football Association's Abdulrahman Al Jassim was among the 25 male participants of the seminar, which also included 23 female officials.