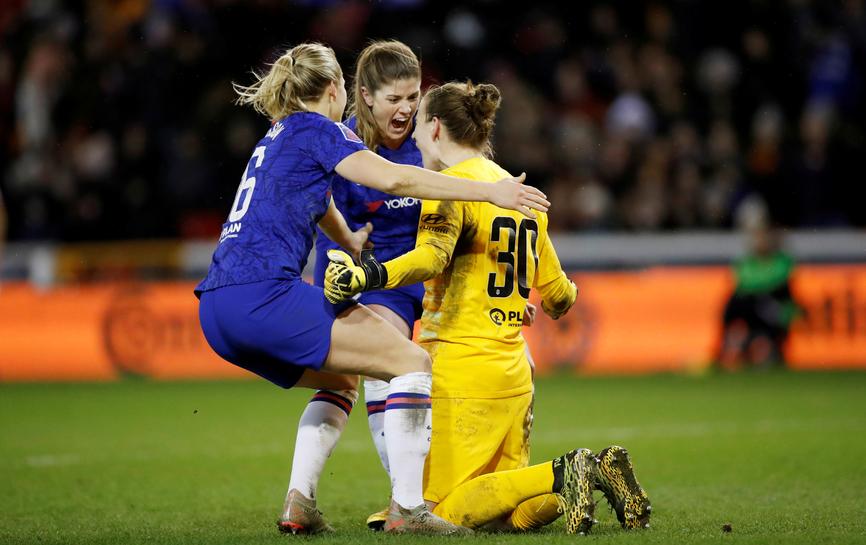 LONDON: Chelsea were awarded the Women’s Super League title and Aston Villa were declared the winners of the second-tier Women’s Championship by England’s Football Association (FA) yesterday after the season was ended due to the Covid-19 pandemic.

“The FA Board has reached a majority decision to decide the 2019-20 FA Women’s Super League and FA Women’s Championship on a basic point-per-game basis, with promotion and relegation determined on sporting merit,” the FA said in a statement.

The decision to award the title on a points-per-game basis represents a blow to Manchester City.

City were top of the WSL table and a point ahead of second-placed Chelsea, having played one game more than their rivals, when the season was halted in mid-March.

Both teams qualified for next season’s Women’s Champions League.

Bottom-placed Liverpool, whose men’s team are two wins away from securing a first top-flight crown in 30 years, will be relegated to the second-tier for the 2020-21 season.