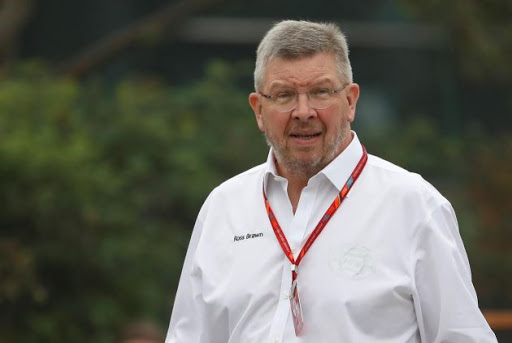 LONDON: Ross Brawn says Formula 1 fully supports Lewis Hamilton’s comments on racism and diversity and says the sport is working on ways to provide greater opportunities for all to get into motorsport.

Hamilton, F1’s six-time champion and the grid’s only black driver, has long posted passionately on social media speaking out against racism and calling for greater equality in the sport.

Brawn, who was Hamilton’s first team boss when he joined Mercedes and now plays a leading role in F1 as its managing director of motorsports, said F1 was fully behind its leading driver.

“Lewis is a great ambassador for the sport and his comments are very valid,” Brawn said. “We support him completely.”

Hamilton has continued to post powerful messages on social media and yesterday called for governments to remove all racist symbols, after protesters in Bristol tore down the statue of Edward Colston on Sunday.

Brawn said F1 was aware it needed to improve diversity across the sport and said creating greater opportunities at grassroots level – for young drivers, engineers and other potential roles – was at the heart of the required change.

“We at F1 have recognised for a few years now that we want to strengthen our diversity and our diversity programme. Both internally as a company, and externally, we started work on this a few years ago,” explained Brawn.

“Our thoughts were that the reason why we don’t have more diversity in Formula 1 starts at the very beginning. It starts at grassroots level, and it even starts in schools with STEM topics, science, technology, engineering and maths.

Brawn revealed F1 has been working on a karting programme to try and make racing more accessible, aiding diversity.

Meanwhile, Sport England board member Chris Grant said it is not the responsibility of elite athletes to fix the issue of racism in sport and the heads of governing bodies must study the true extent of the problem to find solutions.

Hamilton and other professional sportpersons like Raheem Sterling have become leading voices in the anti-racism movement.

“I salute Raheem, I salute Eniola Aluko and Alice Dearing, who’ll be our first black swimmer hopefully at Tokyo (Olympic Games) next year, for standing up and speaking out.

“At the same time, it’s not their job to fix this and that’s why I have written to the chairs of UK Sport and Sport England asking them to work with other leaders in sport to see the real extent of these problems and to fix them.”