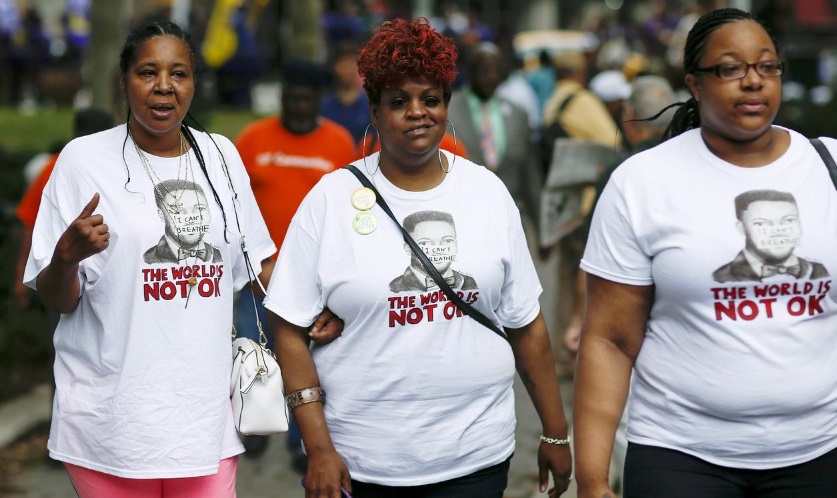 “American Trial: The Eric Garner Story” depicts the trial that did not happen after a white New York police officer, Daniel Pantaleo, was videotaped using a deadly chokehold on Garner, a Black man, in July 2014 after he was arrested for selling loose cigarettes on a street in Staten Island.

Garner’s dying words, “I can’t breathe,” became a rallying cry for the Black Lives Matter protests decrying excessive use of force by US police against Black men and women.

A grand jury decided not to indict Pantaleo, who was fired in August 2019 following an internal disciplinary hearing.

Pantaleo’s lawyers said the police officer was following orders and was not to blame for Garner’s death.

“When the non-indictment came through... it kind of became, I guess, an obsession,” said director Roee Messinger.

“Then one day it just occurred to me, I live in New York, everybody thinks there should have been a trial. Everybody who would have testified in court is probably within a 15-20 mile radius of me,” he said.

It was first shown on cable network Reelz and is now being distributed more widely online.

Snipes-Garner hoped the film, shot in 2017, would be released earlier and would prompt prosecutors to reexamine the case, as well as help provide healing for herself.

“I was thinking maybe it would give some insight to the legal people to, like take from what Roee put together and open up their minds to see what everybody else saw on camera. And unfortunately, it didn’t happen that way,” said Snipes-Garner.

“There were no actors, there was no script,” explained Messinger. “We shot the whole thing in one day.”

Ahead of the sixth anniversary of Garner’s death on July 17, his widow said every day is painful.

However, she laughs when she thinks about what Garner must be thinking. “I think he’s up there laughing right now because he’s like, what? My baby is really gone on screen and talking to somebody. Wow!”