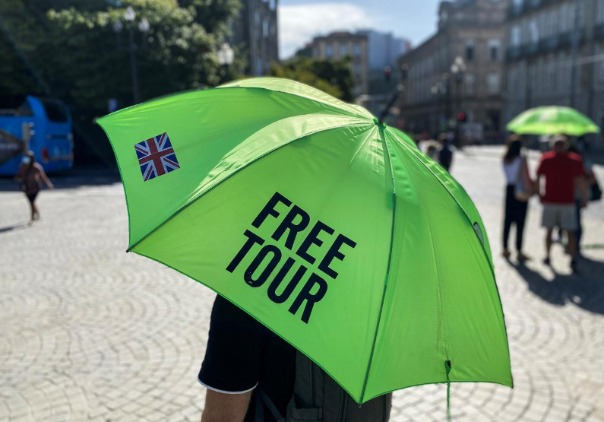 A tour guide holds an umbrella with the image of the British flag as he waits for tourists at the Aliados Avenue, after Britain removes Portugal from its coronavirus disease (COVID-19) quarantine list, in Porto, northern Portugal August 21, 2020. REUTERS/Nacho Doce

LONDON - Britain is investigating using coronavirus testing to shorten quarantine times for travellers from restricted countries but does not want to offer false hope that the rules can be changed easily, transport minister Grant Shapps said on Friday.

Heathrow said on Wednesday that a testing area was ready to open should Britain approve a rule change and allow two tests, one on arrival and one some days later, to cut the quarantine time from the current two weeks.

“It’s not quite as simple as the way it’s been presented. But we do review these things constantly... it’s just that I don’t want to sort of offer false hope,” Shapps told BBC radio after on Thursday announcing travellers arriving from Croatia, Austria and Trinidad and Tobago would have to quarantine themselves for two weeks.