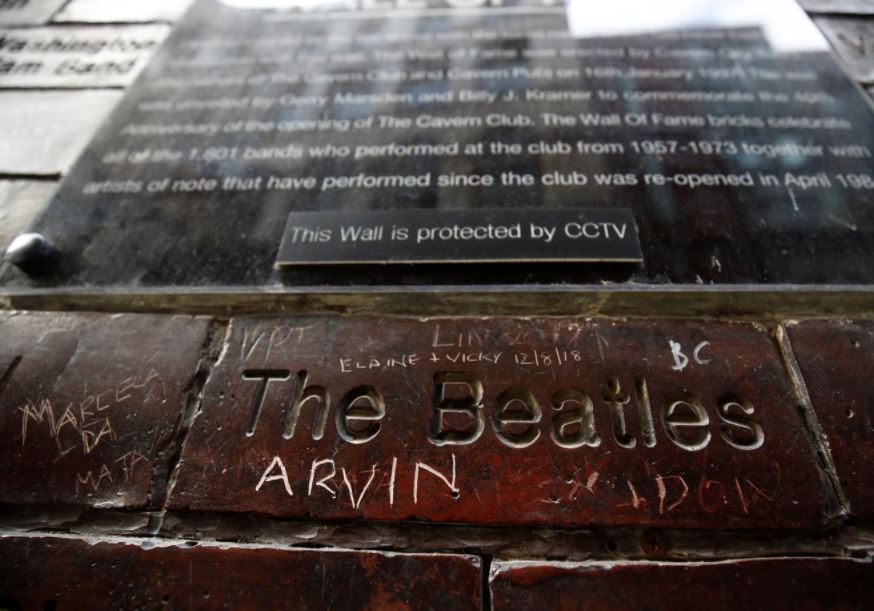 General view of the Wall of Fame outside the famous Cavern Club's music venue, which helped launch The Beatles to global superstardom and now is under threat following months of closure due to the coronavirus disease (COVID-19) pandemic, in Liverpool, Britain, August 20, 2020. Picture taken August 20, 2020. REUTERS/Jason Cairnduff

Liverpool: “It’s hot, it’s sweaty, it’s packed - that’s its reputation from back in the day with The Beatles, and it’s still a proper rock and roll venue,” said Jon Keats, Director of the Liverpool cellar bar where Britain’s best-known musical export found fame.

That bittersweet sentence explains both why visitors from around the world flocked to the Cavern Club to pay homage to the 1960s musical phenomenon, and why now the airborne, highly contagious coronavirus pandemic threatens its future.

Keats shut his doors in March as the European wave of COVID-19 was hitting Spain and Italy hard and Britain was sliding towards its own crisis.

He expected to be closed for about a month.

The once-thriving business, which also runs Beatles-themed tours of Liverpool and two other venues, is seeking help from government crisis funds and has calculated it can survive until March in a worst-case scenario.

But as the country adapts to a new life dominated by facemasks and social distancing, Keats is due to reopen next week for International Beatleweek - a six-day festival.

“I hate the phrase ‘new normal’, but you’ve got to look at your business differently,” Keats said ahead of the reopening that he hopes will prove the club can adapt and keep its loyal fanbase happy.

“It’s a good way of us looking at how we can do that with a mixture of live music and pre-recorded sets from bands from all over the world.”

To comply with government guidelines, only 150 people will be allowed into the venue, which normally holds 500.

That is a far cry from the screaming Beatles-era crushes, or its more recent incarnation as a tourist attraction-cum-music venue.

It will be a different vibe, said Keats, but it’s a start.

“We are closed, we are going to open, and the Cavern, ultimately, fingers crossed, won’t be going anywhere.”