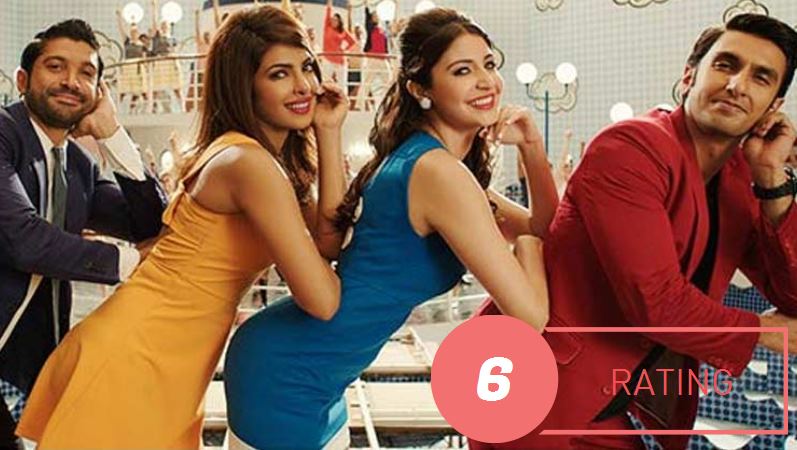 When you go out to watch a film directed by the one who has delivered a cult film like 'Zindagi Na Milegi Dobara', your expectations are bound to be high. Zoya Akhtar’s recent release 'Dil Dhadakne Do' doesn’t get close to her previous film, but that doesn’t make it a bad film.

The biggest difference is that while the previous film catered to masses, this one targets a particular set of audience. The story is about a rich Punjabi family based in Delhi, who are going through a tough time both personally and professionally.

Everyone in the family has created complex problems as a means to keep their status in society, but it is interesting to see how a cruise trip helps them take some bold decisions in life.

Director Zoya Akhtar has presented the idea beautifully, prompting viewers to ask whether they, too, are not living life to the fullest. A scene where Manav (played by Rahul Bose) tries to force his wife Ayesha Mehra (played by Priyanka Chopra), and Kamal Mehra (played by Anil Kapoor) hits him back, is worth a clap.

The fact that Manav asks his wife to follow society's norms and to never speak her mind makes the scene even more exciting.  Another scene where Kabir Mehra (played by Ranveer Singh) jumps off a boat to get to his love is worth a watch.

The film has a star-studded cast and everyone delivers beautiful performances. My pick for the best actor would be  Ranveer Singh for delivering a genuine performance. Anushka Sharma didn't get much screen time, while Anil Kapoor, Priyanka Chopra, Rahul Bose and Farahan Akhtar did their job perfectly.

Keep your expectation in check and 'Dil Dhadakne Do' will not disappoint you.