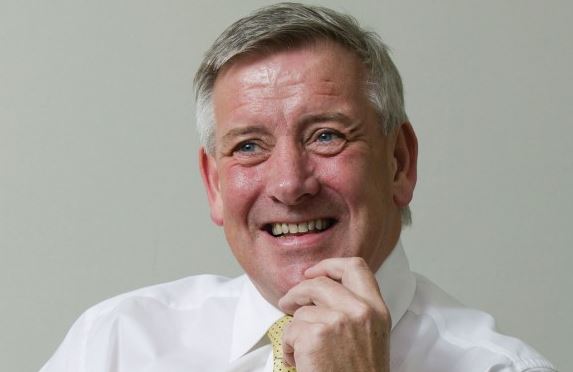 I’m perhaps going to walk on eggshells with this subject. I’ve become increasingly concerned about the direction we are going at the moment with increasing concerns about how different groups in a society are being treated particularly by the most numerous and established group. This is nothing new and as a child of the 1950s I’ve witnessed over my lifetime many discriminatory behaviours targeting different sections of society.

As a schoolboy growing up in the west of Scotland, I witnessed first-hand religious bigotry, gender bias, sexuality discrimination and employment opportunities closed to those unlucky enough to have the wrong first or family name. Where I lived the population comprised mostly white Scottish families along with a few families referred to as ‘outsiders’ from mostly Ireland and England.

After school I joined the British army and went to a military college in the north of England and before writing this piece I checked an old photograph taken at the time of my joining the army in 1969 and all of my 267 fellow recruits were white. I also experienced for the first time what it was like to be part of a minority as most of the recruits were from England.

Since those early days when I was only exposed to people similar in appearance and background to myself my life became very different when I accepted a job in Saudi Arabia in the early 1990s. This was my first time in the Middle East and as you can imagine it was a major cultural change. Not only was I working with people from many different countries I had to immerse myself and family into an unfamiliar cultural environment.

Before retiring from full time work at the end of 2017 I worked in an organisation with people from dozens of different countries and altogether there were 67 different mother tongue languages spoken by the team working across the Middle East, the Horn of Africa and in West Africa around the Gulf of Guinea.

To be totally honest I loved being part of a team comprising so many people from so many different cultures and I learned so much that changed me forever. I better understand the ‘melting pot’ humanity is with the strengths and weaknesses in all cultures that influences who and what we are. Much of what makes humankind great are our differences and if our differences are allowed to be part of how societies evolve, we will be much the better.

Multi-cultural societies are good for all of us as long as the dominant ethnic group embrace this new reality. Consider Toronto which is the largest contributor to the Canadian economy, at 20 per cent of national GDP, and an important economic hub of the world. More than 50pc of Torontonians were born outside of Canada. According to a national survey, more than 20pc of Canada’s minority population live in Toronto with over 200 ethnic groups and over 140 languages spoken.

Diversity is just part of Toronto’s DNA. It rates consistently in the top three cities in the world to live and work in. Because Toronto is multi-cultural it has many fine dining restaurants and it is one of the safest and cleanest cities in the world.

Finally, the New Seekers song I’d like to teach the world to sing climbed to the top of the UK charts in 1971 with these lyrics. “I’d like to see the world for once all standing hand in hand and hear them echo through the hills for peace throughout the land”.