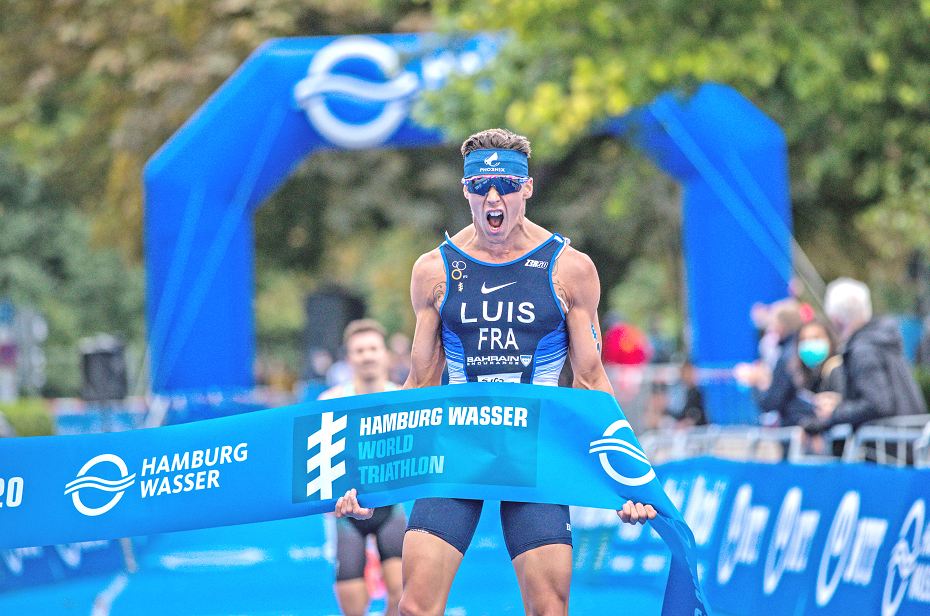 While the Covid-19 lockdown saw thousands rekindle their childhood memories by dusting off bikes or running around the streets to gasp fresh air into lungs and look at scenery beyond the inside walls, many professional athletes were forced indoors.
This was certainly true for a number of members of the Bahrain Endurance 13, a team of elite triathletes brought together thanks to the vision of Shaikh Nasser bin Hamad Al Khalifa, His Majesty King Hamad’s Representative for Humanitarian Work and Youth Affairs and Supreme Council for Youth and Sports Affairs chairman.
Although they were spread around the world and grounded in their homes, they all were still able to train and maintain their fitness. Some of the athletes were able to train outdoors with less severe restrictions in Australia, New Zealand and the US. However, for most of the European-based athletes, such as Jan Frodeno, Vincent Luis, Javier Gomez, Alistair Brownlee, Daniela Ryf, Kristian Blummenfelt and David Plese, they were forced to do all their training indoors on treadmills and turbo trainers.
They all made the most of the situation and were more focussed on being good role models in following health directives and motivating others to do the same. None exemplified this more than Frodeno who created his own online triathlon to raise funds for good causes.
“I live in Spain and we were locked down for three weeks,” he said. “I wasn’t allowed to leave the house, which prevented me from jogging, riding my bike or even taking a walk.
“The only thing I was allowed to do was take the dog for a walk around the block or go shopping when absolutely necessary. There was strict monitoring of compliance with these rules, but rightly so.
“I’m always training for an Ironman taking place somewhere, but since there wasn’t going to be any taking place in the foreseeable future, I organised one for myself at home.
“I just wanted to attract attention in order to raise money. A portion of the donations helped Laureus Sport for Good in building a project to help young people in my home city, Girona, and the rest of the donations were given to local healthcare institutions.”
Frodeno, an Olympic gold medalist and two-time world champion, raised more than BD89,200.
Meanwhile, five-time world champion Gomez participated in a race in Rotterdam with the swim held in the Olympic-size pool while the cycling and running transferred to a virtual platform.
There were three different laps to be completed in which the order of swim-bike-run was shuffled every time.
In his third consecutive weekend of racing, Gomez won the Santander City Triathlon, a non-drafting Olympic distance event. It was the first time the city of Santander had held a sports event since the pandemic had been declared, demonstrating that, if the transition area can be successfully managed, a triathlon is the perfect socially-distanced sport to get a city back on its feet.
By September, it felt as though triathlons were almost back to normal with competitions being held around the world.
This was particularly true for the event in Hamburg that was belatedly nominated as the 2020 world championship, making it the first time since 2008 that the world championship was won in a single-day race, and the first time in history that this was done over the sprint distance.
Defending world champion Luis, 2018 champion Vicky Holland, and winner of last year’s grand final Blummenfelt, were on the starting line.
Having been training at altitude for six weeks, the shorter distance appeared to suit the speedy Frenchman Luis who pushed Brownlee in the swim before having to settle back in a pack of eight on the bike. However, with 900m to go in the run, Luis steadily increased the pace and distanced himself to clinch the gold medal.
The win takes the world-title tally for Bahrain Endurance 13 to 20.
Proving his excellent lockdown preparation, Luis backed up his new world title by taking top honours at the ITU World Cup in Karlovy Vary in the Czech Republic, demonstrating his dominance over the Olympic distance with victory in 1 hour, 52 minutes, 14 seconds.
Brownlee also competed in one of UK’s toughest events in the world, the Helvellyn Triathlon. The race starts with a swim in the crystal-clear lake of Ullswater before transitioning into a 38 mile bike ride that includes over 1,000m of height gain. The toughest part is a 2.5 mile climb up the Kirkstone Pass that has its own name ‘The Struggle’!
He thankfully not only avoided serious injury but claimed victory in 3hrs 16mins to beat the record time that he had set when first competing in this event in 2007.
The Bahrain Endurance 13 team has an ethos to promote health and wellness initiatives and they are hoping to hold true to this with their annual return to the home event with the 70.3 Ironman challenge, although the status of the event this year is unconfirmed.