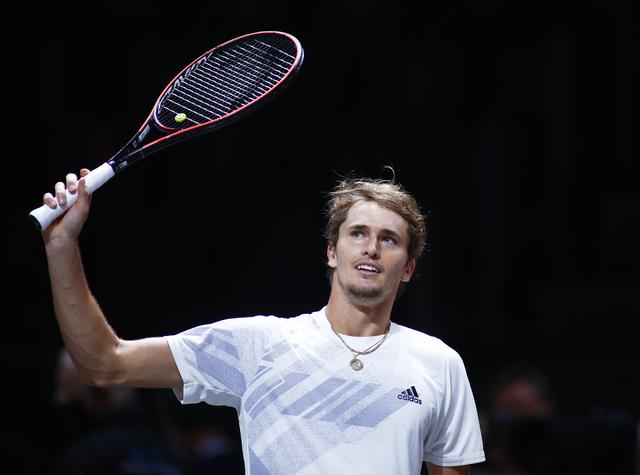 Top seed Alexander Zverev reached his second final in the space of a week in Cologne with a clinical 7-6(3) 6-3 victory over Italian wild card Jannik Sinner in the semi-finals of the bett1HULKS Championship on Saturday.

The German world number seven claimed his first ATP crown of the year after besting Canada’s Felix Auger-Aliassime 6-3 6-3 to win the bett1HULKS Indoor title at the same venue last Sunday.

Zverev, who was beaten by Sinner in the French Open last-16, made the more nervy start and soon found himself trailing 3-1 in the opening set.
“I was playing a player I just lost to at Roland Garros. That was still in the back of my head. I was not going to lose today,” Zverev said.

The German broke Sinner in the seventh game and drew level at 4-4, but neither player was able to hold serve again as the set headed to a tiebreak, where Zverev’s booming forehand came to the fore as he sealed the opener.
Zverev tightened his grip on the match with an early break in the second set, and with his potent serve finally firing, raced into a 5-2 lead before closing out the contest with a confident hold to love.

The German will face Diego Schwartzman in Sunday’s final after the Argentine second seed survived a spirited fightback from Auger-Aliassime to beat the youngster 6-4 5-7 6-4 in the other semi-final.