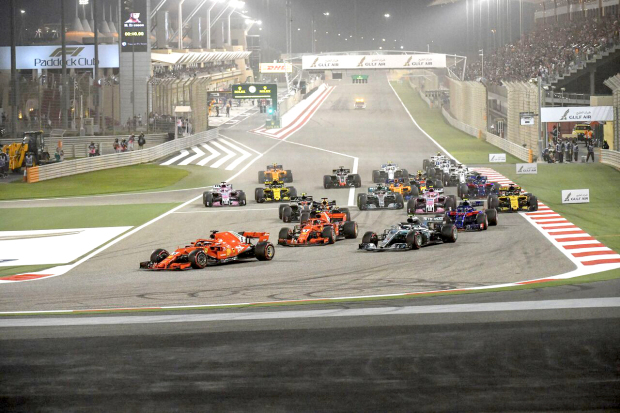 Formula 1 announced yesterday that the 2021 Gulf Air Bahrain Grand Prix will take place on the weekend of March 26 to 28 as the second round of next year’s FIA Formula 1 World Championship.

This was part of a provisional calendar announced for the season, which has been submitted to the FIA’s World Motorsport Council for approval.

The desert racing spectacle returns to ‘The Home of Motorsport in the Middle East’ in its usual slot amongst Formula 1’s season-opening ‘fly-away’ races. It follows the opening Australian Grand Prix, which is scheduled to be held the week before in Melbourne, and will be followed by the Chinese Grand Prix on April 11.

The kingdom’s 2020 double-header is set to take place in the coming weeks, with the Gulf Air Bahrain Grand Prix scheduled from November 27 to 29 followed by the Rolex Sakhir Grand Prix between December 4 and 6.

For both these races, invitations to attend the race will be issued to the families of frontline health workers and first responders in Bahrain, to recognise their incredible contribution and commitment in responding to the pandemic in the kingdom.

The Vietnamese Grand Prix was absent from the draft calendar that featured a record 23 rounds, with a debut in Saudi Arabia and Brazil returning.

Vietnam was due to host a street race in Hanoi for the first time last April, but that was cancelled due to the Covid-19 pandemic.

The absence of the grand prix on next year’s calendar has been attributed to local issues, although Formula One did not give a reason or mention Vietnam in a statement setting out the planned season.

The April 25 slot was left vacant, with various circuits in the frame.

Formula One has never before had more than 21 races in a season.

The sport said it expected fans to be back at races after a 17-round 2020 season conducted either behind closed doors or with very limited attendances and mainly in Europe due to the new coronavirus.

“We are planning for 2021 events with fans that provide an experience close to normal and expect our agreements to be honoured,” said chairman and outgoing chief executive Chase Carey.

“We have proven that we can safely travel and operate our races, and our promoters increasingly recognise the need to move forward and manage the virus.

“We are delighted to see Saudi Arabia become part of the schedule and are equally excited to return to the venues we hoped to race at in 2020.”

The season will start with the Australian Grand Prix in Melbourne on March 21 and will end in Abu Dhabi on Dec. 5.

Saudi Arabia, with a Nov. 28 night race along the Red Sea corniche in Jeddah, will become the 33rd country to host a Formula One race.

Brazil’s race at Sao Paulo’s Interlagos circuit on Nov. 14 was subject to a new contract being agreed, as was Spain’s round in Barcelona on May 9.

Formula One had planned to move to a new circuit in Rio but that has proved controversial for environmental reasons and work has yet to start.

The Dutch Grand Prix, at Zandvoort, returns for the first time since 1985 with a race on Sept. 5 and immediately after the Aug. 29 Belgian Grand Prix at Spa-Francorchamps. It forms part of a triple header with Italy on Sept. 12.