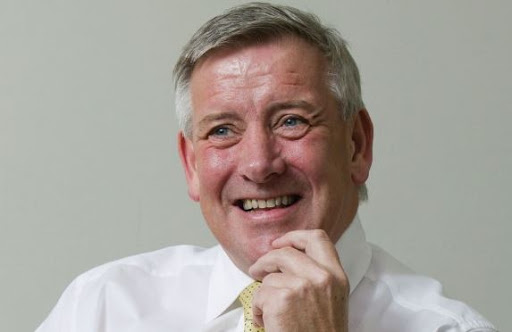 I’ve been watching a Scandinavian TV crime drama all based around the Øresund Bridge, a combined railway and motorway bridge across the Öresund strait between Sweden and Denmark. The plots in the drama are centred around crimes that involve the police of both Sweden and Denmark due to the involvement of criminals from both sides of the bridge.

Just before I went into my local hospital for my latest treatment of my disease, I received good wishes from Bahrain and was asked what the hospital was like. I replied saying that some of the patients in the hospital were lucky to have lovely views from the windows including views of the iconic Forth railway bridge that is considered a symbol of Scotland having been voted Scotland’s greatest man-made wonder in 2016.

Further up north from where I live, I have family living a short distance from another famous bridge, the Glenfinnan Viaduct on the West Highland railway line. This concrete structure has become famous as the site where the Harry Potter steam train makes its journey to Hogwarts.

And finally, before moving on from Scotland there has now emerged a new study currently under proposal by the UK government to build a new bridge that would span the Irish Sea and connect the island of Ireland to Scotland.

This story of bridges now leads me back to Bahrain and the King Fahad Causeway, the series of bridges and causeways connecting Saudi Arabia and Bahrain. Its five bridges rest on 536 concrete pylons with seven embankments and one of the embankments, known as Middle Island, has been converted into a sizeable artificial island with customs and immigration facilities. Another island towards the end of the causeway belongs to Bahrain and is known as Mother of Sleepiness which today is an appropriate name due to the Covid-19 closure of the causeway.

I think it always important to think out of the box particularly during times of difficulty and in 2020 we have all had to adapt to the impact of the pandemic on our lives both personal and business. There is no escape from the impact on our lives and all of us are trying so hard to navigate a way forward that will hopefully lead us into a time we can start to call something close to normal.

Recent announcements on new vaccines give us all hope that next year we will start to see many of the things that were part of our lives before the pandemic become established again as we climb out of the depths of 2020. I’m certainly very positive that we have turned the corner.

The one thing that this pandemic in 2020 has taught me is the fact that we are all in this together. This virus does not show any regard for anyone and for those who have underlying health concerns or who are older they find themselves easy prey for this disease.

Being in something together means that we naturally build bridges that are needed in order to deal with the issues of the day. When we appear receptive to listening to and respecting others’ opposing positions, they find our arguments to be more persuasive.

Finally, in conflict it’s easy to focus on all the ways we disagree with each other. It’s also easy to become defensive and stop listening to the other side altogether. When people passionately disagree, they usually have some shared values or common beliefs that can bring them together. Those are the values and beliefs to highlight; doing so makes us feel closer to one another.