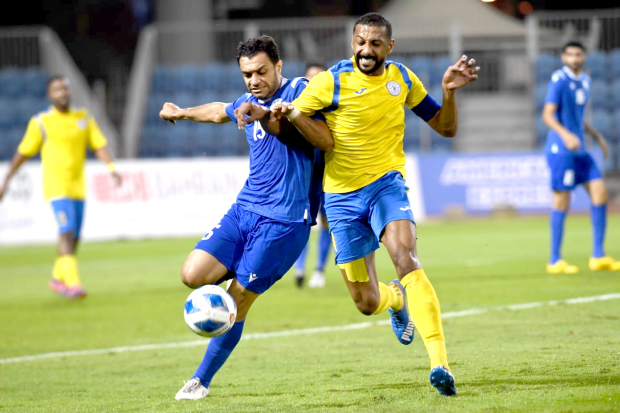 The round-of-16 match started on a sedate note as only one goal was scored in the first half. Abdulla Al Ajmi’s goal in the 16th minute was followed by a defensive phase that lasted until half-time. Then came the deluge.

Mohammed Abdul Wahab struck in the 49th minute to extend Hidd’s lead and set the tone for an all-out offence. Youssef Yacoub went on to score twice and Saad Al Amer, Abdulla Abdo and Abdulla Al Hashash netted a goal each as Galali players were reduced to mere witnesses to an onslaught.

In the quarter-final, last season’s runners-up Hidd will take on the winners of tomorrow’s round-of-16 clash between Manama and Al Shabab.

Meanwhile, Al Ahli struck twice in the second half to claim a 2-0 win over Al Ettifaq and a spot in the quarterfinals.

Ettifaq missed a chance to score in the first half when Hussein Tawfeeq’s 39th minute penalty kick went awry.

Ahli regrouped in the second half and their efforts were rewarded in the 77th minute when Jamal Rashid converted a penalty. Emmanuel took Ahli further ahead in injury time.

Ahli go on to face the winners of tonight’s round-of-16 encounter between defending champions Muharraq and Isa Town at Khalifa Sports City Stadium. In the other match of the day, at Al Ahli Stadium in Mahooz, Busaiteen take on Al Hala. Both matches kick off at 5.45pm.