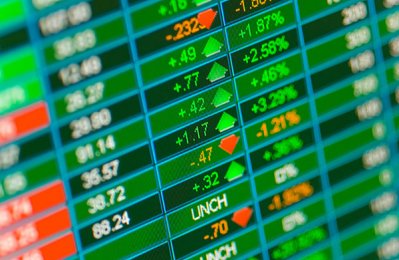 All GCC equity markets ended November positively as oil prices jumped by 27% for the month after pharmaceutical firms Pfizer, Moderna and AstraZeneca announced the release and availability of Covid-19 vaccine, a report said.

Kuwait All Share index gained of 0.3% while the index’s P/E ratio stood at 20, a premium of 33% compared to that of the S&P GCC index. Market liquidity in November rose by 64% over previous month, averaging a daily trade of $323 million during November.

Among Kuwait sectors, the report indicated that investors, encouraged by signs of economic recovery, shifted their positions from defensives in favour of cyclical shares. Oil & Gas were the top gainers, rising 7%, while the Consumer Goods index saw the biggest decline, down 5.2% for the month. Among blue chips, Kuwait Finance House gained the most at 2.7%, while Agility Public Warehousinglost3.5% for the month.

Meanwhile, MSCI included Kuwait to its Emerging Markets Index on November 30. Seven Kuwait stocks – National Bank of Kuwait, Kuwait Finance House, Zain, Agility, Boubyan Bank, Mabanee and Gulf Bank have been added to the MSCI Emerging Market Index at an aggregate weight of 0.58%. According to Reuters, this is expected to result in at least $2billion of investment flow from passive funds into Boursa Kuwait.

Regionally, the S&P GCC Composite Index gained 8.2%, with all markets ending the month in positive territory. Both Saudi Arabia (Tadawul) and Dubai equity markets gained 10.6% in November followed by Abu Dhabi and Qatar, which gained 6.5% and 5.9% respectively.

Saudi Arabia’s Tadawul Stock Market also became the first GCC stock market to post gains for 2020, rising by 4.3%. S&P GCC Composite Index has also recovered most of the losses for the year, and is now down by just 2.4% for the year. All GCC sectors were in the green with Healthcare index gaining the most at 11.4% for November, followed by Basic Materials with a gain of 9.8%.

Among the GCC blue chip companies, Al-Rajhi Bank (Saudi Arabia) share price rose by 13.7%in November. Saudi Aramco, the largest GCC listed company by market capitalization, rose by 6.6% for the month and is approaching a market capitalization of $2 trillion. Other significant gainers among GCC blue chips include Industries Qatar, which rose 22% for the month, followed by Emirates NBD Bank (UAE), which gained 15.3% in November.

Oil prices closed at $47.6 per barrel at the end of November, posting a gain of 27% for the month. Oil markets were buoyed by favourable results in Covid-19 vaccine trials, which rose hopes of swift demand recovery for oil as governments around the world could fully reopen their economies and oil-dependent sectors like travel and tourism could make a comeback. – TradeArabia News Service