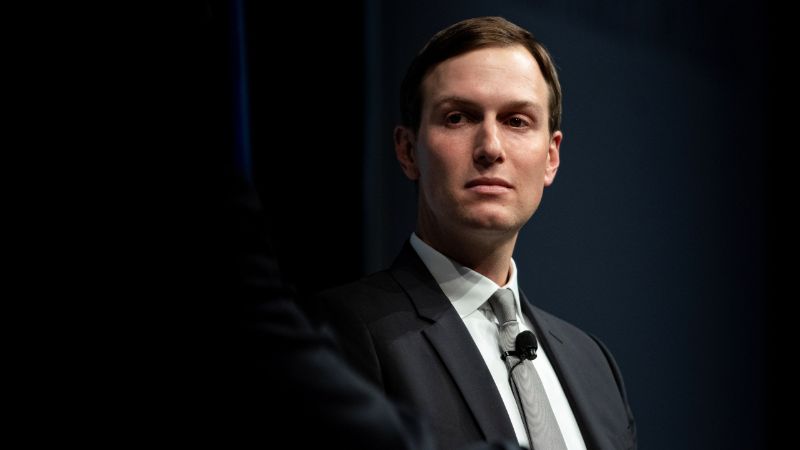 WASHINGTON: Democrats in the US Congress have launched an investigation into whether Jared Kushner’s desire to secure a billion-dollar rescue for a skyscraper owned by his family played a role in President Donald Trump’s decision to support a Saudi-led blockade of Qatar, according to a report.

Legislators from the Senate Finance and House Foreign Affairs committees on Wednesday sent a wide-ranging document request to Brookfield Asset Management, which counts the Qatar Investment Authority among its major financial backers and signed a long-term lease on the office tower in 2018, the Financial Times reported.

The deal followed frenetic efforts by the Kushner family to raise enough money to meet a $1.2 billion mortgage payment on the tower, and coincided with a series of sharp turns in US foreign policy towards Qatar.

At the time, Kushner, the presidential son-in-law and a senior White House adviser, was meeting Middle Eastern leaders outside traditional diplomatic channels and assuming a far-reaching role in crafting US foreign policy.

“While Brookfield has claimed that Qatari representatives had no involvement in the 666 Fifth Avenue transaction,” Senator Ron Wyden and Representative Joaquin Castro wrote, “we remain troubled that Qatari funds ended up in a billion-dollar rescue for a company directly tied to Jared Kushner”. They added: “Federal criminal conflicts of interest statutes for senior White House officials extend not only to matters affecting their own financial interests, but that of their direct relatives.”

Among the areas of focus identified by Congressional investigators is Brookfield’s decision to pay nearly a century of rent in advance when it leased 666 Fifth Avenue in 2018, months before the Kushner mortgage fell due.

At the time, the Canadian asset manager insisted that “no Qatar-linked entity has any involvement in, investment in or even knowledge of this potential transaction”. But the legislators cited a Financial Times investigation published earlier this year, which found that the payment, in excess of $1bn, came from a vehicle that was controlled by Brookfield Property Partners (BPY), an investment trust that has sold $1.8bn of preferred equity to the QIA sovereign wealth fund.

“This would give QIA ‘significant influence’ . . . and allow it ‘to receive confidential information that other investors never see’”, the legislators wrote, citing the FT report. The report claims Trump first backed Saudi moves against Qatar but then later reversed course.

They wrote: “The stunning reversal in US policy towards Qatar raises serious questions about what role Jared Kushner – and the financial interests of his family – may have played in influencing US foreign policy regarding the blockade.” Brookfield, Kushner Companies and the White House did not respond to requests for comment.