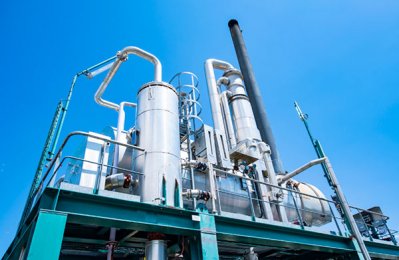 France-based Engie, a leading low-carbon energy and service solution provider, has expanded its presence in Saudi Arabia by establishing a dedicated holding company to bring all the Group’s assets in the Kingdom under one umbrella.

Despite delays and potential setbacks that the world experienced as a result of the Coronavirus pandemic, Engie has managed to keep its expansion in the Kingdom on track building its asset and project value to over $8 billion, with plans to invest in assets worth an additional $6.34 billion in the Kingdom by 2025.

Engie is a major player in the development of Saudi Arabia’s renewable energy, co-generation, energy efficiency and other green initiatives. In the past 12 months, Engie secured nine new contracts for projects in facilities management, a seawater reverse osmosis plant and projects for the provision of energy services through its service providers and in partnership with Saudi actors.

These new projects add $944 million to Engie’s existing portfolio of projects and assets, making Engie a 10% provider of electricity and an 11% provider potable water in Saudi Arabia.

In its growth this year, the company has hired 62 new employees bringing the total of Engie staff in the Kingdom to 2000.Engie’s most recent acquisition of Saudi-based facilities management firm, Allied Maintenance Company (AMC) adds 1,300 more employees to Engie’s workforce. Engie plans to expand its workforce to over 5,000 employees by 2025 with new hires joining various service providers and project development entities under the domain of Engie across the entire Kingdom.

A key area of Engie’s development in Saudi Arabia lies in supporting local talent acquisition and career development through dedicated and continuous training programs to lead the way for value-added services of a foreign company.

In this effort, Engie has formed three partnerships with local entities including the Saudi Industrial Development Fund (SIDF) and the Ministry of Investment to support with practical and vocational training programs both in and outside of the Kingdom, ensuring that Saudi’s workforce can meet the long-term demand of the labour market. – TradeArabia News Service