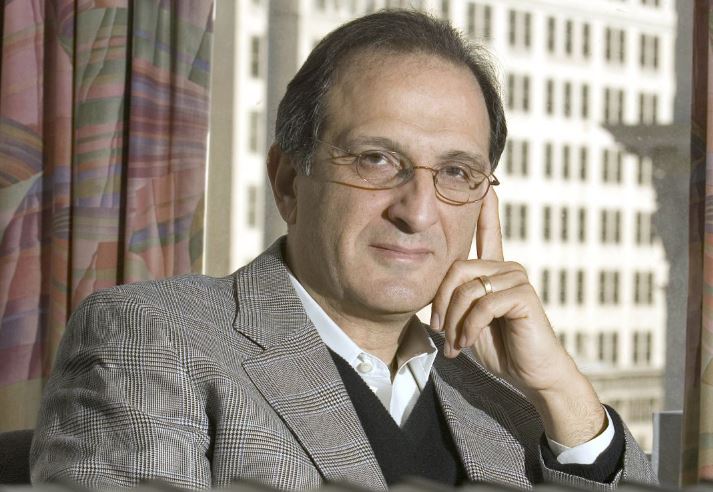 On January 7, 2021, after two months of denial, false charges of fraud, and incitement, Donald Trump acknowledged that he would be leaving the White House on January 20 and promised a “seamless transition of power.” As welcome as this may be to some, it cannot be the end of the story. There must be accountability for the damage done to what we now see as our fragile democracy.

One of my favourite philosophers, Jacob Bronowski, introduced me to an expanded understanding of the term “paternity.” For Bronowski, paternity meant more than just “who is the parent of a child?” When looking at the consequences of the injustice, poverty, or violence we encounter daily, he calls on us to ask, “who has responsibility for this?” Or “who owns this?” For Bronowski, accepting paternity for the evil we do is essential to building a moral society.

In the immediate aftermath of the nightmarish events that ravaged Washington on January 6, 2021, I thought of Bronowski’s lesson. The siege of the Capitol Building by rioters who shattered windows, invaded the House and Senate chambers, and vandalised offices, didn’t just happen. It had paternity.

The President of the United States urged them to come to Washington. And once here, incited them with inflammatory rhetoric and literally told them to march on the Capitol. But paternity for this mayhem doesn’t stop with Donald Trump alone.

We’ve witnessed elements of this tragedy unfolding for years now, with Trump’s coddling of extremist right-wing groups. He fuelled their grievances with hatred of minority communities, immigrants, the judiciary, the media, Democrats, and anyone he perceived as standing in his way.

He fuelled their penchant for conspiracies with an alternative reality about how his many successes were being ignored. He insisted that he was always winning (his crowds were larger, the pandemic was being defeated, America was safer and greater than ever, and he had won the election by a landslide), but his enemies not only wouldn’t admit it, they were doing all they could to stop him. Action had to be taken.

He knew that individuals associated with white nationalist groups, armed militias, and the QAnon cult responded to his call to converge on Washington. He knew that they would commit mayhem. And yet, he persisted. Donald Trump, therefore, has paternity for what happened. But the responsibility for all that occurred cannot be visited on him alone.

He had enablers who supported his false claims. Some may have believed his distorted view of reality, but many others acted out of the callous political calculation that by courting the President’s faithful followers they could lay claim to be his political heirs.

More than 100 Republican Senators and Congressmen endorsed Trump’s complaint that the election was fraudulent and vowed to turn the January 6 Congressional ratification of the results into a heated fight. Popular Fox News and radio talk show hosts added fuel to the flames by daily repeating every conspiracy and false charge of fraud that were already rejected by courts across the country.

And then there were those closest to the President, from his Vice-President and his cabinet on down to his loyal White House staff. They too have paternity for what transpired on January 6. For years now they should have seen sufficient evidence of the danger ahead. Just listening to his incitement against his foes at his campaign rallies should have provided warning signs.

Some of those in Trump’s retinue, including some of the GOP leaders in Congress, may have been “true believers,” but most had made a “Faustian deal.” They were conservatives at heart, and even though they never trusted or even respected the man, but as long as they got the tax cuts, deregulation and conservative judges they wanted, they were willing to hold their noses and remain silent.

What is so deeply disturbing is that after the damage wrought by their silence, these same silent enablers now feign horror.

After the shocking scenes of insurrection in the Capitol, Republican Members of Congress have issued statements denouncing the violence. Members of the President’s staff and Cabinet are resigning, and even the President, in his January 7 remarks, has sought to distance himself from those he now terms as “thugs” and calls for them to be arrested and prosecuted.

But this cannot be the end of the story for two reasons. In the first place, it’s not enough to punish the vandals. Those who lit the fire, fanned the flame and poured fuel on it, must accept their paternity. Without accountability, there is impunity that threatens the very survival of our democracy.

Secondly, it is critical that we understand that lasting damage has been done. Members of Congress and others may believe that they are now absolved from responsibility by their recent “conversions.” But the reality is that there are millions of followers of various cults and militia, who remain not only unrepentant, but now more deeply aggrieved. They will not go quietly into the night. The white nationalist groups, the armed militias, and the far-right cults angered by what they will perceive as the humiliation of their leader will continue to pose a challenge to the country.

The answer can’t be to pretend that the crisis is now over or to believe that the way forward can be found by simply impeaching the President or using the 25th Amendment to remove him from office.

That will not do. January 6 had antecedents. And more than one man has responsibility for what happened.

Only by a full examination of what led us to this tragic state of affairs will we be able assess paternity and make the course corrections needed to move forward.