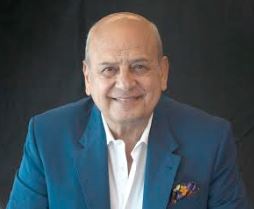 Some believe that it is the end of the world. There are wars, crises, political unrest, economic hardship, severe climate variations, and natural disasters. All of this culminated in an unprecedented microscopic virus that swept the world, killed more than a million, and disrupted large sectors in every sense of the word.
But is the picture that bleak? Are the challenges we are experiencing truly unprecedented? Is it true that humanity did not know such suffering before? Do we have the right to envy our fathers and grandfathers for their happiness? No, my brothers, I don’t think we should go to that point of melancholy.
I will not dive into ancient history, but rather go back to recent tragedies in history, so if a person was born in the year 1900, for example, then he had lived and possibly participated in the First World War, which claimed the lives of millions of people and witnessed the outbreak of the Spanish flu, which infected about 500 million people, of whom between 50 and 100 million died, a number equivalent to twice the number of deaths in the First World War.
The global economic crisis was one of the causes of the outbreak of World War II. From 1939 until 1945, the largest war in history occurred, in which more than 100 million people from more than 30 countries participated directly, which led to the death of millions, ‘50-80 million according to estimates’. Therefore, World War II was the bloodiest war in human history.
Did humans relax and learn the lesson this time? Of course not, as a cold war broke out, which culminated in what was called the ‘Cuban Missile Crisis’ in October 1962, when the world held its breath for fear of being on the brink of a nuclear war.
In the Arab region, we have had enough horrors and tribulations in the last century, perhaps the most prominent of which is the establishment of Israel and the resulting wars in 1967 and 1973. In addition, the Islamic revolution in Iran, and Iraq’s invasion of Kuwait, which many consider the beginning of an Arab collapse from which we have not yet recovered. All this on top of what is falsely called the ‘Arab Spring’ that brought us into a loop of violence, chaos and decline in all sectors.
I listed in the previous paragraphs a bleak picture that makes us thank God that we are still alive and enjoying our mental and physical health.
We have to look at the blessings that we have now and which were just dreams for our fathers and grandfathers. Now we try to avoid overeating, not hunger. Doctors advise us not to shower too often to preserve our health from the soaps and perfumes that fill our warm, marble bathrooms. In the past, the family used to bathe once a week or monthly in a big tub on the floor. Many suffered from diseases like scabies and smallpox, which have now disappeared due to scientific progress.
Sending a message to another part of the world or even country, used to take months, but today you can bring the whole world to your mobile and talk with whomever you want, whenever you want. Thanks to holograms fans of Umm Kulthum can attend her concert in a theatre as if they travelled back to the sixties or seventies.
I think that our primary concern should be ensuring that the largest number of people attain a decent standard of life, to ensure their well-being, and to support the middle class in society, which is the moral bearer and safety valve for preserving higher values, security, and stability, and not allowing the deprived and the poor to descend into violence and extremism by integrating them with modernity and making them love life as we love it.