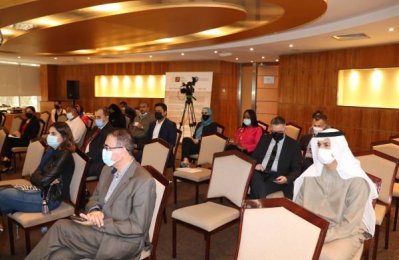 The 14th cycle of the annual Arab Awards for Corporate Social Responsibility (CSR) and Sustainability have been announced.
The awards call upon all government and private enterprises, joint ventures and social enterprises across all sectors in the Arab region to apply and win the prestigious awards.
Running successfully for the past 13 years, the new cycle of the Arabia CSR Awards was officially launched in Dubai on January 20 in an event hosted by The Grand Millennium Hotel Dubai. The awards are open to entities of any size, sector and geographical location within the region. This year’s results will be announced in a grand gala event to be held on October 4 in Dubai.
Last year Holiday Inn Dubai Al Barsha was the winner of the Hospitality Category with Two Season Hotel Dubai as the runner up.
The Arabia CSR Awards have set a benchmark for sustainability in the region. The “Green Oscars” hold their applicants to a highly rigorous criteria based on leading international standards (including, UN Global Compact Ten Principles, GRI Standards, European EFQM business excellence model and the UN Sustainable Development Goals). It is a modern, technology based process, adjudicated by an independent jury of experts coming from across the globe and also provides the opportunity for self-assessment and is subjected to a third party verification of the results.
These awards, holding the highest quality of standards, have been declared to be the “Arab Sustainability Benchmark”. The added value of the awards is widely recognised for providing applicants with a detailed analysis by the jury along with the scores for each question (termed as ‘statements’) in the application. Previous applicants of the awards have expressed gratitude of this aspect of the awards, highlighting the effectiveness of this practice and how it further enhances their knowledge of CSR and Sustainability.
This year the awards will be presented in 13 categories, providing ample space for selecting suitable categories. Separate and tailored questionnaires make each category contextual and fit for purpose. The categories are. – Public Sector Organisations, Large-sized Enterprises, Medium-sized Enterprises, Small-sized Enterprises, Energy, Financial Services, Social Enterprise, Construction, Hospitality, Healthcare, Best New Business, Automotive Industry and Partnerships & Collaborations.
The criterias serve to enable a comprehensive understanding of the spectrum of responsibility and sustainability, making it clear to applicants the extent of the scope and the depth of practices that should be covered. This creates a valuable learning curve that allows organisations to reach new heights of excellence and achievement. Furthermore, it helps organisations to develop responses to the changes and developments taking place in the physical and business environments. As learned from the unprecedented pandemic, organisations need to have strong processes to tackle all kinds of challenges and build company-wide resilience.
So far, close to 1,200 participants have applied across the 13 past cycles, representing 43 sectors, and belonging to 14 Arab countries.
In her speech at the launch, Habiba Al Marashi, President and CEO of Arabia CSR Network - the organisation that instituted and continues to run the awards- said,:“The Arabia CSR Awards has established itself as the most rigorous and highly acclaimed Awards of its kind in the region, integrating the most powerful international guidelines and frameworks and implementing them in the Arab region, bridging the gap between theory and practice beautifully.”
She was joined by several speakers that represented last year’s winning organisations including Sharjah Chamber of Commerce and Industry, Tristar Group, Can Pack ME, Gulf Petroleum Industries Company, and Two Seasons Hotel. The message they delivered loud and clear included the significance of the awards as a catalyst of sustainability in the region and an instrument of capacity development contributing to raising their profile and enhancing their reputation in the market.
The Arabia CSR Awards comes back this year seeking out “influencers” and strong “green” voices within the sustainability domain. Once again, the awards look forward to reveal the real champions and highlight their achievements in a bid to honour their efforts and resilience in trying times and inspire others to follow suit. - TradeArabia News Service