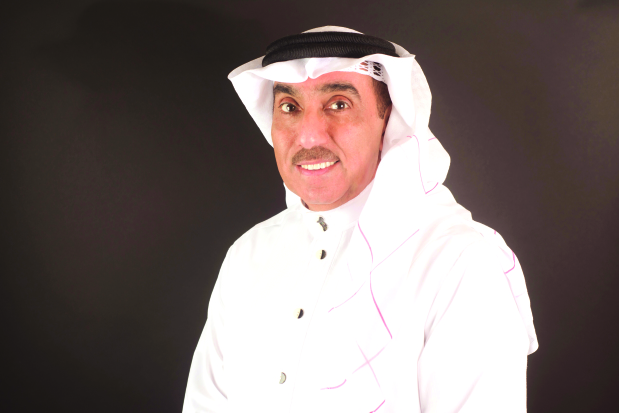 Bahrain Airport Services (BAS) is confident of creating an ideal travel experience for passengers travelling through the new gateway of the kingdom.

In the run-up to the opening of the new terminal, the company’s chief executive Salman Al Mahmeed spoke to the GDN on how its 42-year-long track record as the sole operator of airport ground handling services in the country has fully geared it to keep pace with unexpected changes in the aviation sector and advances in technology.

BAS was established in 1977, at a time when there was a need for an independent ground handling services agent for Bahrain International Airport (BIA).

It was built through an alliance between Gulf Air and six other travel agencies.

“We take pride that BAS has become an active contributor to Bahrain’s economy; it attracts international airlines with the high quality of services offered at competitive rates, in addition to the magnitude of its local commercial activities and the fact that it creates thousands of jobs for Bahrainis.”

Expressing appreciation for the wise leadership of the kingdom for their support, he also thanked former and current chairmen, board members, executive management and all customers and employees in helping BAS establish a reputable name as an accredited company, winning international recognitions for its success.

This acknowledges BAS’ commitment to complying with international aviation standards and requirements, and motivates to maintain high performance standards and competitiveness.

What distinguishes the operator is its continuous investment in human capital, that exceeds 3,000 employees, through various training and development programmes.

This is also a part of BAS’ commitment to more than 81 per cent of Bahrainisation rate.

Mr Al Mahmeed said the company is working in close co-operation with agencies like the Health Ministry, Civil Defence and Interior Ministry to implement precautionary measures as part of the national campaign against the spread of the coronavirus.

The focus was initially on awareness and the company organised events in co-operation with local hospitals, followed by several internal memos and circulars for employees.

On the logistics side, face masks, gloves and sanitisers have been provided to all employees, especially those on the airside operation.

BAS management continues to monitor the effects of the outbreak on the aviation sector globally and locally by analysing real-time data which helps in the making of strategic decisions and building action plans in co-operation with operators at BIA and airlines.

BAS has also made big adjustments to its policies and procedures as a key precautionary measure.

The company has expressed appreciation for the royal directives of His Majesty King Hamad and the leadership of HRH Prince Salman bin Hamad Al Khalifa, Crown Prince Prime Minister, in uniting national efforts to preserve the health and safety of citizens and residents.

The financial package of BD4.3 billion would go a long way in mitigating the negative effects on the national economy as it will help ease the burdens on the employer, he added.

It will also create the right conditions enabling the private sector to resume activities and fulfil their responsibilities to the economy.

The kingdom’s timely activation of contingency plans and dealing with the pandemic with professionalism has been hailed as an example for the world.

He also stated that the current crisis gave BAS an opportunity to assess its readiness to deal with crises at the level of policies, decisions taken, administrative tools available and logistical preparations, or in terms of self-sufficiency of medical materials, medical tools and facilities equipped, or trained human resources.

As part of its efforts to raise the level of readiness, BAS has conducted integrated training programmes in collaboration with IATA on airport contingency plans.

He expressed his pride in the support shown by the wise leadership of the Bahraini citizen and the private sector, stressing that this will be reflected in moving the wheel of economic development and maintaining sustainable growth.

As part of its future plan, Mr Al Mahmeed said BAS is fully prepared to increase its administrative, technical and operational readiness in response to demand.

Strategic modernisation is in full swing in alignment with global policies and guidelines adopted by IATA and ISAGO.

BAS has invested more than BD7 million in its operations and equipment during the last three years, which includes 200 brand-new specialised ground handling equipment, 68 eco-friendly ramp equipment and the installation and upgrading of 25 ICT applications to support the operations.

Last year also saw more than 35,000 hours of training being provided to staff.

The company is now fully ready and equipped for the next phase of operations after it was accredited by customers, airlines and international certifying bodies.

BAS also has won a new tender to operate some of the services provided by Hala Bahrain at BIA.

Hala offers premium and personalised services for departing, arriving, and transiting passengers and has awarded BAS the right to provide services related to the hospitality and welfare of travellers upon request to travellers.

Signing these agreements constitutes a new and successful step in our journey, the official said.

In conclusion, Mr Al Mahmeed reiterated the importance of the new airport with a 14 million passenger capacity in strengthening Bahrain’s image as a business destination to attract foreign investors.