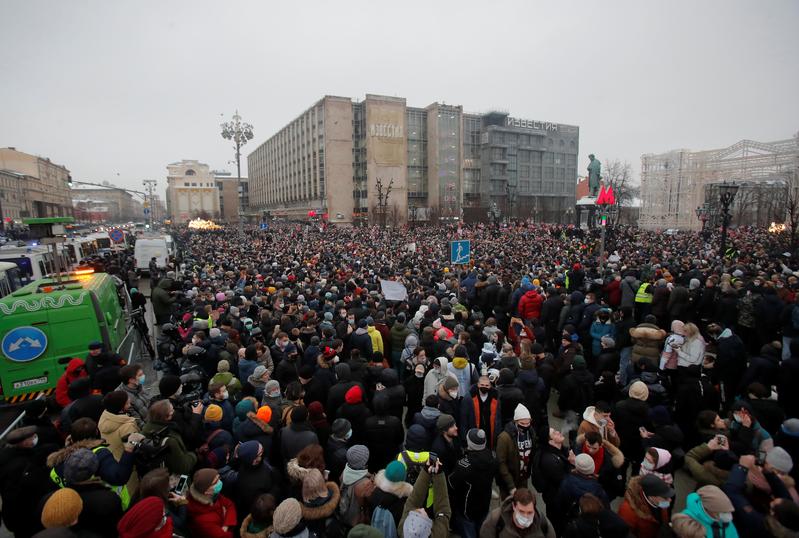 The legislation increases fines for insubordination to law enforcement officers to up to 4,000 roubles ($54.30) from 1,000 roubles in addition to a maximum of 15 days in detention.

The amended law also introduces fines of up to 20,000 roubles for protest organisers who violate funding regulations.

Police detained more than 11,000 people at nationwide protests this year in support of Navalny, according to OVD-Info, a protest monitoring group.

The Interior Ministry had warned in advance that it would break up unauthorised rallies and that those taking part could be prosecuted.

Navalny’s allies - most of whom are now abroad or under house arrest - have declared a moratorium on street protests until the spring.

Navalny, 44, was flown to Germany for treatment last August after collapsing in Russia following what he said was an attempt to kill him. Germany said he was poisoned with a military-grade nerve agent, an assertion backed by many Western countries but questioned by the Kremlin, which denies any involvement in the incident.

Navalny was detained on his return to Russia last month and sentenced to jail on Feb. 2 for parole violations on what he said were trumped-up charges. He is set to spend just over two-and-a-half years behind bars.

Russia has ignored a demand by the European Court of Human Rights to release Navalny, and European Union foreign ministers agreed on Monday to impose sanctions on four senior Russian officials close to Putin in a mainly symbolic response to Navalny’s jailing.

The EU is expected to formally approve the agreement in early March.