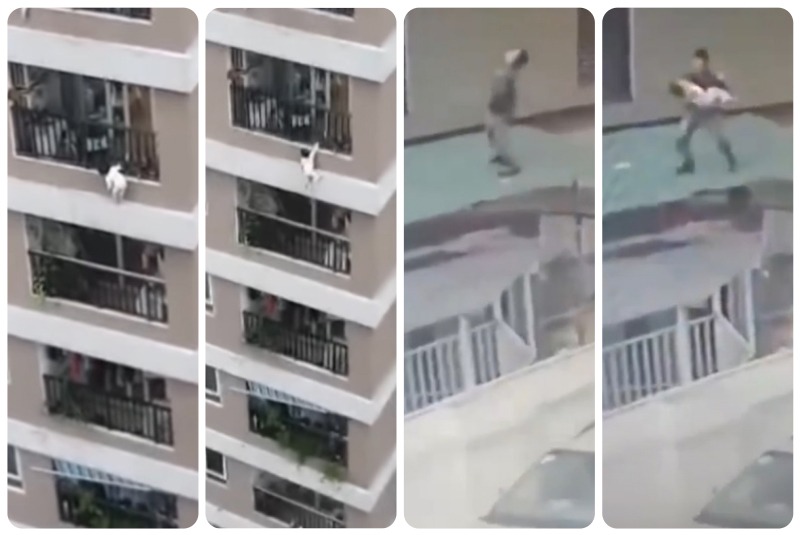 Hanoi: A deliveryman in Hanoi, Vietnam who saved a two-year-old girl who fell from a 12th-floor balcony has been praised.

Thirty-one-year-old Nguyen Ngoc Manh was waiting in his car to make a delivery at 5pm on Sunday when he heard a child crying, he told the Anninhthudo news organisation.

He then heard a woman scream and saw the child dangling nearly 50 metres above ground.

He told local media that he saw a girl climbing out of the balcony and jumped out of his car to climb on to a building nearby to get closer should the child fall.

“I mounted a two-metre-high tile roof to seek a proper position to get the girl,” Vietnam Times quoted him as saying.

“Luckily, the baby fell into my lap,” Nguyen said.

“I hurriedly embraced her then saw blood leaking from her mouth, I was very frightened.”

The child was taken to the National Children’s Hospital where doctors told local media she had dislocated her hip but suffered no other injuries.