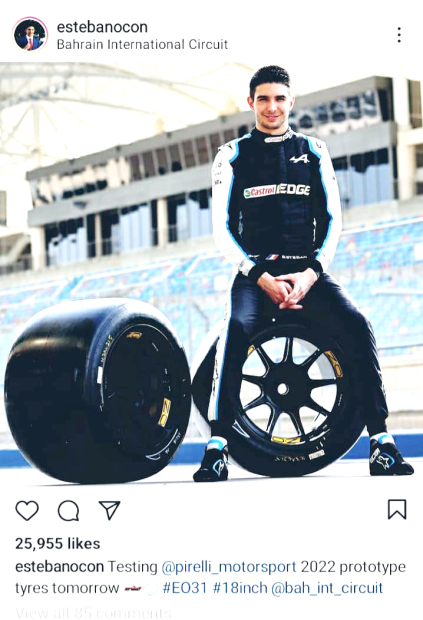 2021 will be the last year that the motorsport uses 13-inch tyres, with a switch to larger 18-inch tyres planned for next season and a testing programme scheduled alongside F1’s 23-race calendar.

Pirelli has set up testing of both slick and wet tyres at various circuits, with Ferrari completing their slick-tyre test yesterday at the BIC.

Alpine’s Esteban Ocon confirmed in a social media post last night that he will be testing the 18-inch slicks today.

F1’s official tyre suppliers Pirelli have said that nine out of 10 teams on the grid will test the new tyres, with the exception of Williams.