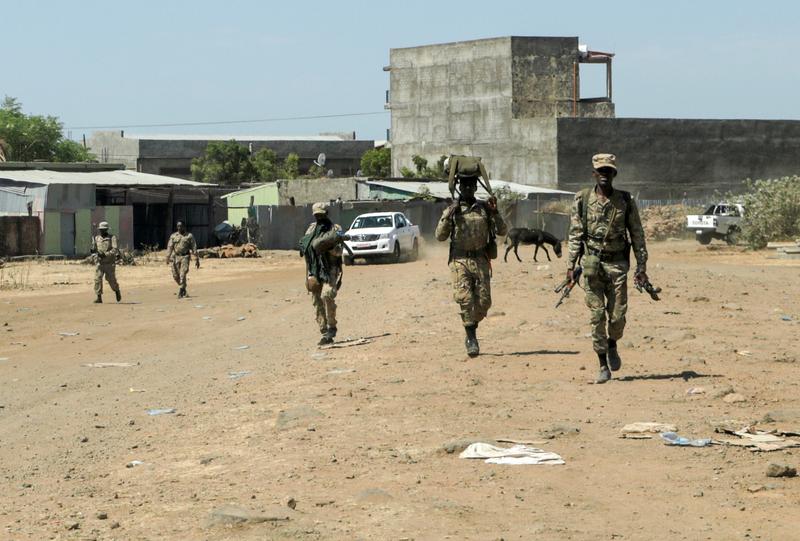 NAIROBI: Gunmen killed 30 civilians in an attack on a village in the west of the Ethiopian region of Oromiya, witnesses said yesterday, the latest outbreak of ethnic violence to challenge the federal government in the fractious nation.

Ethiopia, Africa’s second most populous country, is struggling to control several flashpoints where ethnic rivalries over land, power and resources have ignited ahead of national elections scheduled for June.

Prime Minister Abiy Ahmed has promised to hold the first free and fair polls, but some of his reforms have also emboldened regional strongmen and groups angered by what they describe as decades of government repression.

Farmer Wossen Andaege, 50, said his neighbours were killed during the Tuesday night attack in the West Wollega Zone of Oromiya. He identified the victims as ethnic Amharas.

“We took the bodies using a car and we buried 30 people,” said Wossen by phone. He said he and his family had heard gunshots and fled to a nearby government office to wait for protection from federal troops.

Local authorities blamed the attack, in which 15 more people were wounded, on a splinter group from the Oromo Liberation Front (OLF), known as OLF Shane or the Oromo Liberation Army. The OLF is an opposition party that spent years in exile but was unbanned after Abiy took office in 2018.

The Oromo are Ethiopia’s largest ethnic group and the Amhara are its second largest. The two neighbouring regions of Amhara and Oromiya share a border. Civilians from one ethnic group living on the other side of the border have both been subject to attacks in recent months.

OLF Shane says it is fighting for the rights of the Oromos. Odaa Tarbii, a spokesperson for the group, denied responsibility for the attack in an email.