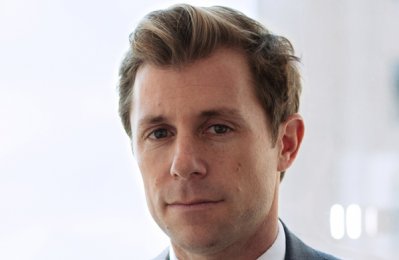 Sébastien Arbola
Engie, a global reference group in low-carbon energy and services, will carry out a feasibility study to create an “Hydrogen Valley” located on the Bushveld Complex and more broadly around Johannesburg, Mogalakwena and Kwazulu Natal in South Africa.
With its regional headquarters in Dubai, Engie announced the signing of an agreement together with South Africa’s Department of Science and Innovation, South African National Energy Development Institute,  Anglo American, one of the world’s leading producers of platinum group metals, and Bambili Energy, the clean energy solutions provider.
The first step of the feasibility study, which is carried out by Engie Impact, is to identify tangible project opportunities to build hydrogen hubs in this key economic and transport corridor.
The project’s objective is to identify up to 3 hydrogen hubs– zones with a high concentration of hydrogen demand, with access to green hydrogen that act as a hydrogen eco-system.
Subsequently, a techno-economic analysis will be carried out on each of the hubs to assess the business case for the identified projects, map their potential for positive social impact and define the political and regulatory actions needed to create the conditions for implementation. This study will make recommendations on hydrogen projects in the hydrogen hubs.
Hydrogen is of strategic importance to South Africa. President Ramaphosa highlighted the Hydrogen South Africa Strategy in his recent State of the Nation address, stating that after a decade of research, South Africa is prepared to manufacture hydrogen fuel cells. The hydrogen economy presents an opportunity  for South Africa to leverage its platinum resources to develop a domestic hydrogen economy valued at up to $10 billion per year, and to tap into export potential of $100 billion per year.
Initiated as part of a national H2 roadmap, the development of a local hydrogen economy has the potential to have a significant impact in stimulating economic activity, job creation and decarbonisation of the region. This involves the development of new industries, the exploitation of platinum resources as well as taking advantage of the promising private sector initiatives being developed in the territory.
“Engie is delighted to be part of the 'Hydrogen Valley' study. We are keen to bring our global experts and knowledge encompassing the entire hydrogen value chain to accelerate Hydrogen solutions' deployment in South Africa and beyond. We believe that renewable hydrogen is key to decarbonising hard-to-abate industries and will play a fundamental role in the global economy of tomorrow,” says Sébastien Arbola, Executive Vice President in charge of Thermal Generation, Energy Supply activities and Hydrogen and CEO of the Business Unit in charge of the Middle East, South &Central Asia, Turkey and Africa. -- Tradearabia News Service