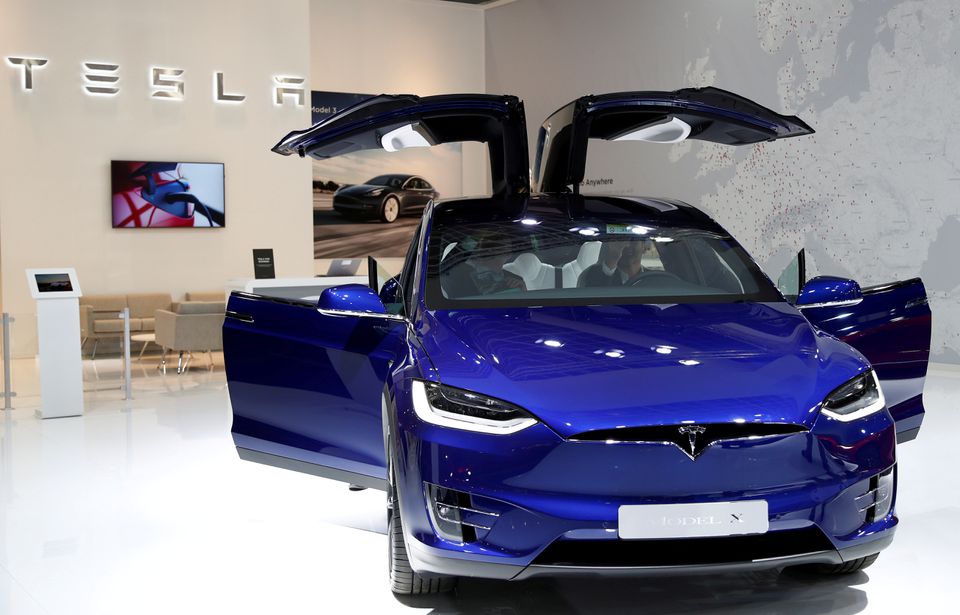 Tesla Inc was set to add about $50 billion to its market value, as its shares surged on Monday after the world's most valuable automaker posted record deliveries, overcoming the impact of a shortage of automobile chips that has slammed the entire sector.

The carmaker's shares, up nearly 8% in pre-market trading, were on track to hit their highest in over a month.

The electric-car maker said on Friday it was encouraged by the strong reception of its Model Y crossover in China and it was quickly progressing to full production capacity.

Tesla's ability to produce roughly the same amount of vehicles in the first quarter as in the fourth quarter "stands out relative to the trend in global light vehicle production", J.P.Morgan analysts wrote in a note.

Chief Executive Officer Elon Musk's personal wealth has been boosted by a more than eight-fold surge in the stock's value last year, even though its production is just a fraction of rivals such as Toyota Motor, Volkswagen and General Motors.

At least three brokerages ratcheted up their price targets on Tesla's stock. Brokerage Wedbush made the most aggressive move by hiking its target by $50 to $1,000, much higher than the median price target of $712.50, as per Refinitiv data.

Tesla delivered 184,800 vehicles globally during the first quarter of 2021, above estimates of 177,822 vehicles, according to Refinitiv data.

Tesla's shares were at $713 before the bell, while other EV makers, including NIO Inc, Workhorse Group and Xpeng Inc were up about 3%.

"The (EV) sector looks primed to resume its march higher, considering the surging demand for EVs in China, Europe, and the U.S. Tesla's delivery numbers could be the spark needed to jumpstart the next rally," said Jesse Cohen, senior analyst at Investing.com.

Shares of Tesla Inc were up about 7.5% in pre-market trading on Monday, after the world’s most valuable carmaker posted record deliveries as a solid demand for its electric cars offset the impact of a global shortage of auto parts.

Tesla delivered 184,800 vehicles globally during the first quarter, above estimates of 177,822 vehicles, according to Refinitiv data.