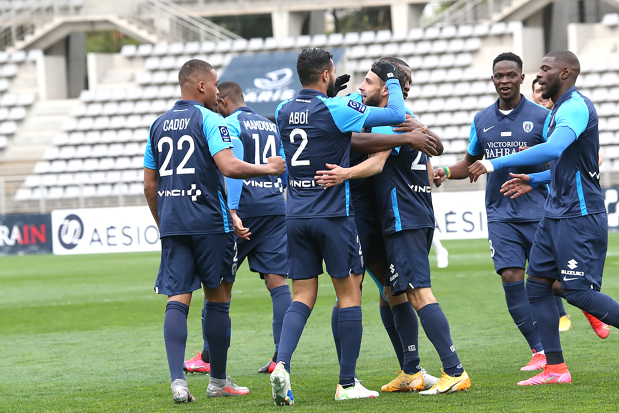 Paris FC have extended their unbeaten run in the French Second Division (Ligue 2) to eight matches.

They held league leaders Troyes to a 1-1 draw in a crucial home game of the 32nd round.

Julien Lopez struck the first goal for Paris FC three minutes into the match before Dylan Saint-Louis equalised in the 36th minute.

Troyes tops the Ligue 2 table with 62 points, while Paris FC with 55 points are fifth.

Moustapha Name, from Paris FC, and Troyes’ Florian Tardieu were shown the red card, in the 38th minute.

Sporting the Victorious Bahrain jersey, the team will travel to the south of France on Saturday to take on Rodez Aveyron who are placed 13th with 38 points.

He said the team is steadily moving towards accomplishing its goals as Ligue 2 enters the final stage. He wished the team success in their match against Rodez.