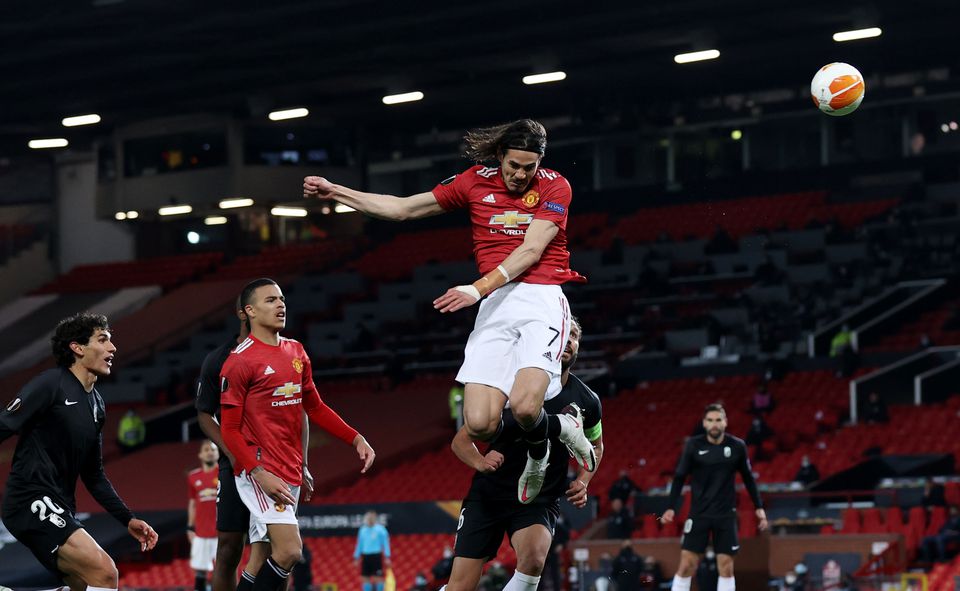 MANCHESTER, England, April 15 (Reuters) - Manchester United reached the Europa League semi-finals after Edinson Cavani’s early strike and a Jesus Vallejo own goal secured a 2-0 home win over Granada on Thursday and completed a 4-0 aggregate rout of the Spanish side.

United will face AS Roma for a place in the May 26 final in Gdansk after the Italian side ground out a 3-2 aggregate win over Ajax Amsterdam with a 1-1 home draw in the second leg of their quarter-final.

Cavani netted his 50th goal in European competition with a clinical sixth-minute finish as United made a bright start.

Granada came to life after falling behind and their forward Yangel Herrera twice headed inches wide as the home side appeared content to sit back.

Bruno Fernandes fired narrowly over the bar for United with a rasping first-time volley in the 34th minute and Cavani headed wide of the far post before Vallejo scored at the wrong end of the pitch in the 90th minute.

Alex Telles swung in a cross from the left and Vallejo gave his own goalkeeper Rui Silva no chance with a misdirected header which ended up in the bottom corner.