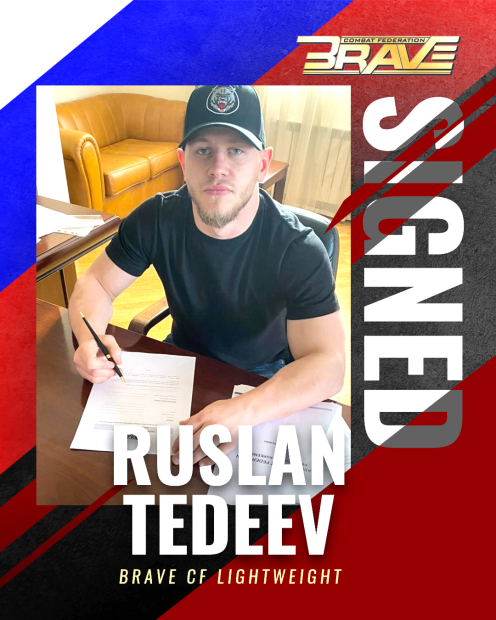 BRAVE Combat Federation continues to beef up its lightweight division with the addition of a huge name in Russian mixed martial arts.

Combat Sambo World Cup champion Ruslan Tedeev has signed a multi-fight deal with the fastest-growing MMA organisation in the world and is expected to make his promotional debut sooner rather than later.

Tedeev has amassed a very respectable 13-2 professional record and will make his BRAVE CF debut on the back of a five-fight win streak, which saw him become one of Eastern Europe’s most sought-after fighters.

Through his social media profiles, the lightweight contender expressed his happiness at joining BRAVE CF and is hopeful he can debut soon, perhaps in Belarus, where the promotion is heading to next for BRAVE CF 51.

‘’I’m delighted to have signed a deal with BRAVE Combat Federation, which has been recognised as the fastest-growing MMA organisation in the world. I can’t wait to debut in my new home and show the world all my skills. Thank you to His Highness Shaikh Khaled bin Hamad Al Khalifa and Mohammed Shahid for the opportunity to fight at BRAVE CF’’