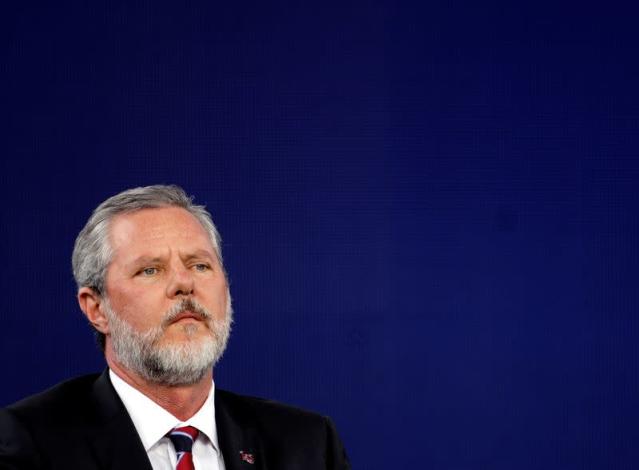 Liberty University has filed a lawsuit against its former president, Jerry Falwell Jr., previously one of the most influential figures in the U.S. evangelical Christian community, alleging that he misused university resources and tried to conceal a relationship involving a former pool boy.

Falwell "led a scheme to cover up the illicit conduct," the suit says, alleging that a years-long cover up damaged the university and its reputation, while also breaching the school's code of conduct.

In August 2020, Giancarlo Granda, a business associate of the Falwells who met the couple in 2012 in Miami, told Reuter  that he had a multi-year sexual relationship with Falwell and his wife Becki.

Falwell said the affair was only with his wife.

Falwell did not immediately respond to a text and a voice message on Friday requesting comment on the lawsuit. Granda declined to comment.

A day after Reuters broke the story about the Falwells' relationship with Granda, Falwell resigned from Liberty, where he had served as president since 2007.

The lawsuit, filed on Thursday, says Falwell breached his fiduciary duties to the university, kept university property that he was obligated to return to the school, and negotiated a higher salary even as he knew that the sexual affair involving Granda - and an alleged extortion attempt against the Falwells - could be damaging to the school.