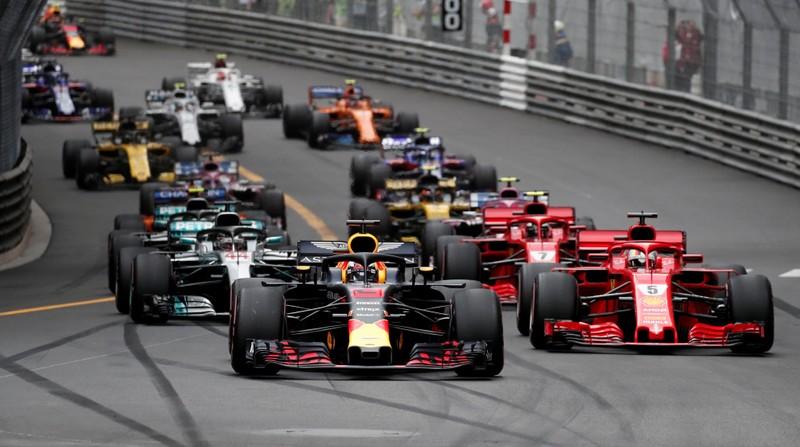 LONDON: Two races into the Formula One season and only a fastest lap separates Red Bull’s Max Verstappen from seven-times champion Lewis Hamilton.

Ross Brawn, F1’s motorsport managing director, was one of many excited to see what lies ahead after seven years of Mercedes domination.

“It has all the hallmarks of a titanic battle, not least because I don’t think teams will be able to throw a lot of resources at this year’s car with the 2022 car in the works,” he said after Sunday’s Emilia Romagna Grand Prix at Imola.

“There is so much focus on 2022, as the regulations are changing so dramatically, that I think what we see now is what we will get all season.

“This could be a golden year,” he wrote in a column on the www.formula1.com website.

It would normally be no surprise for Hamilton, the most successful driver of all time and hitting new heights at 36, and Mercedes to be top of the standings at this stage but it is.

Red Bull have made their best start since 2013, their last year of dominance, but they could have done better.

“We should have taken a lot more points out of Mercedes today,” said Red Bull boss Christian Horner, who had Mexican Sergio Perez fail to score despite starting on the front row at Imola.

Hamilton was surprised to win round one in Bahrain, with Verstappen on pole but finishing second. On Sunday, Hamilton was on pole – his record-extending 99th – and finished runner-up with a bonus point for fastest lap.

The bare figures mask the fact that Bahrain was a missed opportunity for Verstappen, whose car was faster all weekend, while in Italy Hamilton made a rare mistake that could have punished him hard.

Hamilton was ninth and a lap down when the race was stopped halfway through, due to a high-speed collision between team mate Valtteri Bottas and Mercedes protege George Russell in the Williams.

The restart cancelled out the deficit and put him in a position to launch a strong recovery drive on a drying track after a wet start.

“I think, without doubt, getting back to second and getting these points will be very valuable through the season. If I’d lost 25 points today, that would have been hard to recover,” he told reporters.

Had Verstappen not made a mistake in the final phase of qualifying at Imola, and Hamilton not put in a near-perfect effort, the 23-year-old Dutchman would have been on pole for the third race in a row.

“We are still having a deficit with the car. We ended up on pole but if Max puts in a clean lap we’re probably two and a half tenths behind, maybe three,” said Mercedes team boss Toto Wolff.

“That is simply what the pecking order is at the moment... according to the data we are still not having a car and power unit that can match the Red Bull Honda.”

Despite Mercedes playing up Red Bull’s speed, Horner observed that the champions were still very quick and also gentler on the tyres.

They have also set the fastest lap in both races, with Bottas quickest in Bahrain.