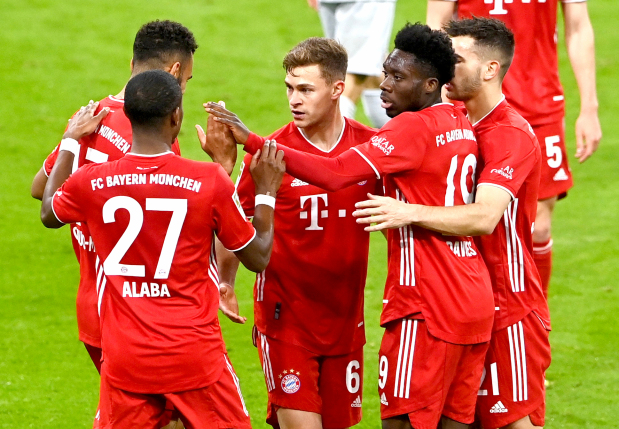 BIELEFELD: Schalke 04 were relegated from the Bundesliga for the first time in 33 years last night after losing 1-0 to fellow strugglers Arminia Bielefeld to stay in last place, 13 points off the relegation playoff spot with only four matches remaining.

Fabian Klos’s powerful 50th-minute strike sealed the fate of Schalke, who have managed only two wins in the entire season.

Bayern Munich eased to a 2-0 win over Bayer Leverkusen with two early goals to open up a 10-point gap at the top.

Forward Eric-Maxim Choupo-Moting, replacing the injured Robert Lewandowski, netted for the third straight game as he volleyed in to give Bayern the lead in the seventh minute.

Joshua Kimmich doubled their advantage six minutes later, firing in following a bad Leverkusen clearance before they took their foot off the gas.

Leverkusen hit the crossbar late in the game but the result all but kills off any lingering hopes of a top-four finish for them. Leverkusen are on 47 points in sixth place.

With four games remaining, Bayern, on 71 points will seal the title with a win over Mainz 05 on Saturday.