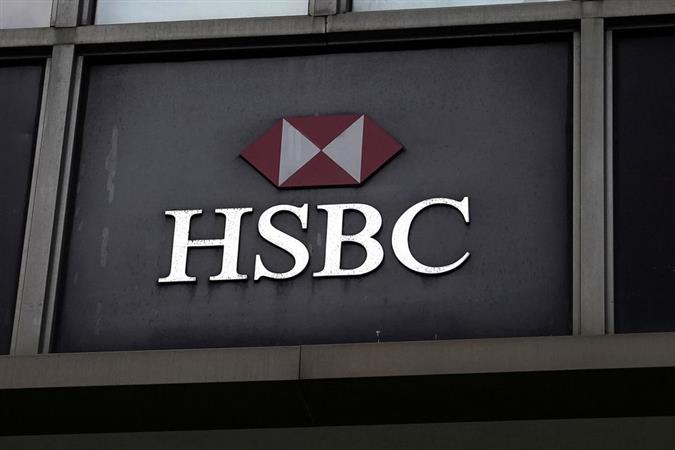 HSBC cautioned, however, that uncertainty about a global recovery meant it was unlikely to sustain that level of reduction in the $3 billion bad debt provision it had set aside a year ago as the pandemic took hold.

"We are still are being relatively cautious, and we've retained about 70% of the reserve build-up we did last year," Chief Financial Officer Ewen Stevenson told Reuters.

"Some of that you would expect to unwind over the next year or so, but we don't know we are going to see a repeat of what we just saw," Stevenson said.

Europe's biggest bank by assets posted a profit before tax of $5.78 billion for the three months ended on March 30, up from $3.21 billion a year ago and well above an average analyst forecast of $3.35 billion compiled by the bank.

Hong Kong-listed shares of HSBC rose as much as 2.5% to their highest since April 20.

HSBC, which makes the bulk of its profits in Asia, said its credit losses for 2021 were likely to be below the medium-term range of 30-40 basis points it forecast in February.

"We are more optimistic than we were back in February, we expect GDP to rebound in every economy in which we operate this year," Chief Executive Noel Quinn told Reuters, citing the successful rollout of vaccines in the US and Britain as a key factor.

Still, HSBC's improved outlook and profits paled in comparison to US rival JPMorgan, which earlier this month reported a 400% increase in quarterly profit and released more than $5 billion in bad loan provisions.

HSBC's fortunes are heavily tied to global interest rates. Revenue fell 5% in the quarter from a year ago as low-interest rates in its main markets constrained the bank's ability to generate large revenues from lending.

Hibor, the benchmark lending rate in HSBC's most profitable market of Kong Kong, was near ten-year lows for much of the quarter.

HSBC in February announced a revised strategy to focus mainly on wealth management in Asia, aiming to earn more revenue from client fees rather than the difference between the interest rates the bank offers savers and charges borrowers.

HSBC said on Tuesday it was continuing negotiations for the sale of its French retail banking business, but no final decision has been taken. Reuters reported last month that HSBC had entered final negotiations to sell the business, which has 270 branches, to private equity firm Cerberus.

HSBC is the first of Britain's big banks to announce first-quarter earnings. Lloyds Banking Group is due to report on Wednesday, Standard Chartered and NatWest Group on Thursday, and Barclays on Friday.