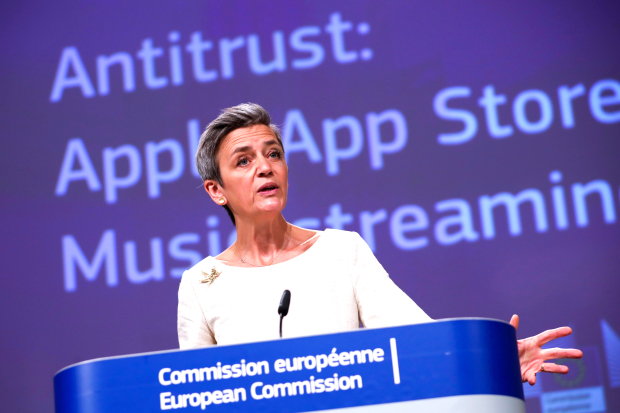 BRUSSELS: EU regulators accused Apple yesterday of distorting competition in the music streaming market, siding with Spotify in a case that could lead to a hefty fine and changes in the iPhone maker’s lucrative business practices.

The preliminary findings are the first time Brussels has levelled anti-competitive charges against Apple, although the two sides have had bruising clashes in the past, most notably a multibillion-dollar tax dispute involving Ireland.

Apple, Spotify and other parties can now respond. If the case is pursued, the EU could demand concessions and potentially impose a fine of up to 10 per cent of Apple’s global turnover – as much as $27 billion, although it rarely levies the maximum penalty.

Apple found itself in the European Commission’s crosshairs after Sweden-based Spotify complained two years ago that the US tech giant unfairly restricted rivals to its own music streaming service Apple Music on iPhones.

The EU competition enforcer, in its so-called statement of objections setting out the charge, said the issue related to Apple’s restrictive rules for its App Store that force developers to use its own in-app payment system and prevent them from informing users of other purchasing options.

Apple rebuffed the EU charge. “Spotify has become the largest music subscription service in the world, and we’re proud of the role we played in that,” it said in a statement.

“They want all the benefits of the App Store but don’t think they should have to pay anything for that” it added.