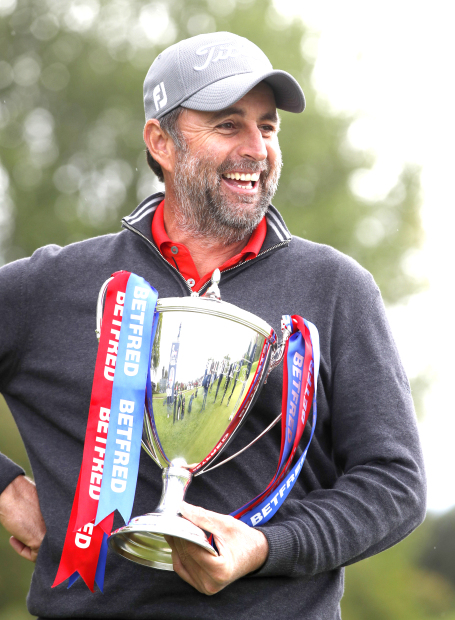 LONDON: Richard Bland won his first European Tour title at the 478th attempt after beating Guido Migliozzi in a playoff at the British Masters yesterday. Bland, 48, and Migliozzi finished on 13 under par after 72 holes at The Belfry to force the playoff in which the Englishman parred the first extra hole while his Italian opponent made a bogey. Mikko Korhonen, Dave Coupland and Adrian Meronk finished third, one stroke behind Bland and Migliozzi with Andy Sullivan and Dean Burmester one stroke further back.