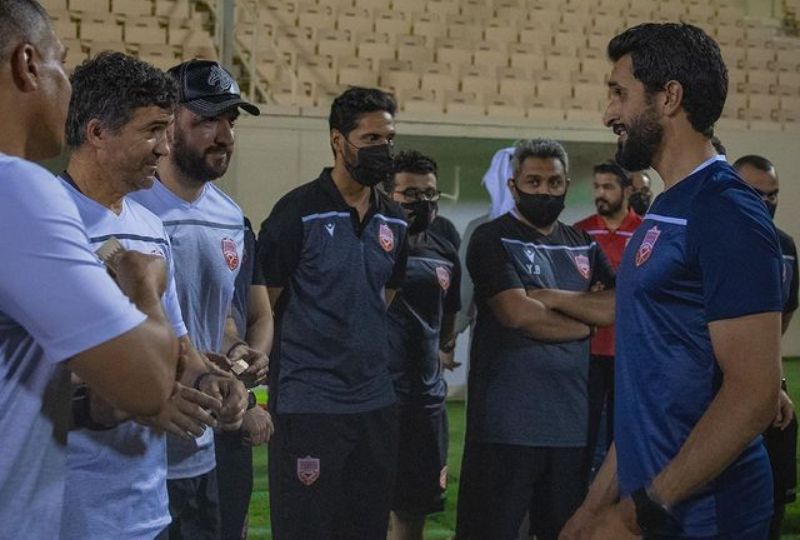 His Majesty King Hamad’s representative for humanitarian work and youth affairs and Supreme Council for Youth and Sports (SCYS) chairman Shaikh Nasser bin Hamad Al Khalifa visited the national football team, ahead of Group C third round of the 2022 Fifa World Cup and 2023 Asian Cup qualifiers, which will be held in Bahrain.

They were received by Bahrain Football Association (BFA) president Shaikh Ali bin Khalifa Al Khalifa and BFA national teams committee member Mohammed bin Jalal. Shaikh Nasser met the technical and administrative staff as well as players and urged them to double efforts to book a berth in the World Cup.

He said that all the sports community and citizens support the national team, adding that Bahrain have a great opportunity to achieve the goal, especially since the qualifiers will be held in the kingdom