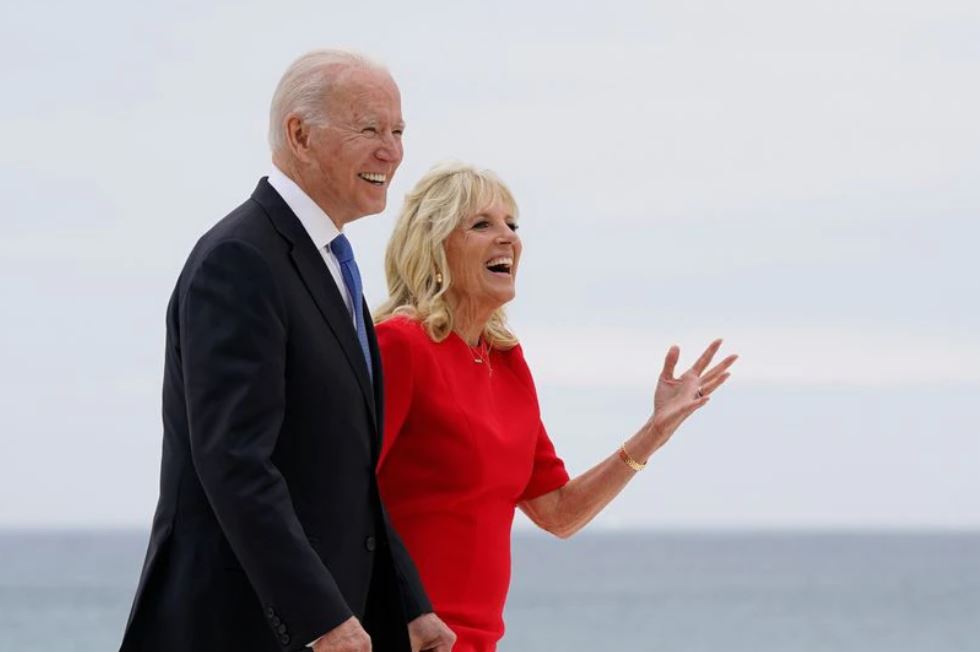 US President Joe Biden and his wife Jill will have tea with Queen Elizabeth at Windsor Castle on Sunday at the end of the G7 summit and as he wraps up the British leg of his first international trip since taking office.

The 95-year-old British monarch will greet the Bidens in the Quadrangle of the castle, home to the royal family for nearly 1,000 years and where she has spent much of her time since the outbreak of the coronavirus pandemic.

After their arrival, a Guard of Honour formed of The Queen’s Company First Battalion Grenadier Guards will give a Royal Salute, and the US National Anthem will be played, Buckingham Palace said.

The queen has already met the Bidens on their visit to Britain, having hosted a reception for the leaders of the Groups of Seven rich nations and their spouses on Friday night in Cornwall, on the southwest tip of England where a three-day summit has been held.

"Joe and I are both looking forward to meeting the queen," Jill Biden said after they arrived in Britain on Thursday. "That’s an exciting part of the visit for us."

Biden will become the fourth president and first lady she has received at Windsor, following the Trumps in 2018, the Obamas in 2016, President George W Bush and his wife in 2008 and the Reagans in 1982.

During her 69 years on the British throne, the longest reign of any English monarch, there have been 14 US presidents, of which Elizabeth has met all bar Lyndon Johnson.

Despite the loss in April of Prince Philip, her 99-year-old husband of more than 70 years, and her age, the queen has shown her determination to carry on with her official duties as head of state during the high-profile G7 summit.

After hosting the leaders on Friday where she cracked a joke during the official photocall, she provoked more laughter at another official engagement for a local project immediately afterwards when she cut a cake with a long ceremonial sword.

On Saturday, she was back in Windsor for a military parade to mark her official birthday, the first one she has marked without Philip.

After leaving Windsor, Biden will head off to a NATO summit in Brussels on Monday, a US-EU summit on Tuesday and a meeting with Russian President Vladimir Putin in Geneva the following day.