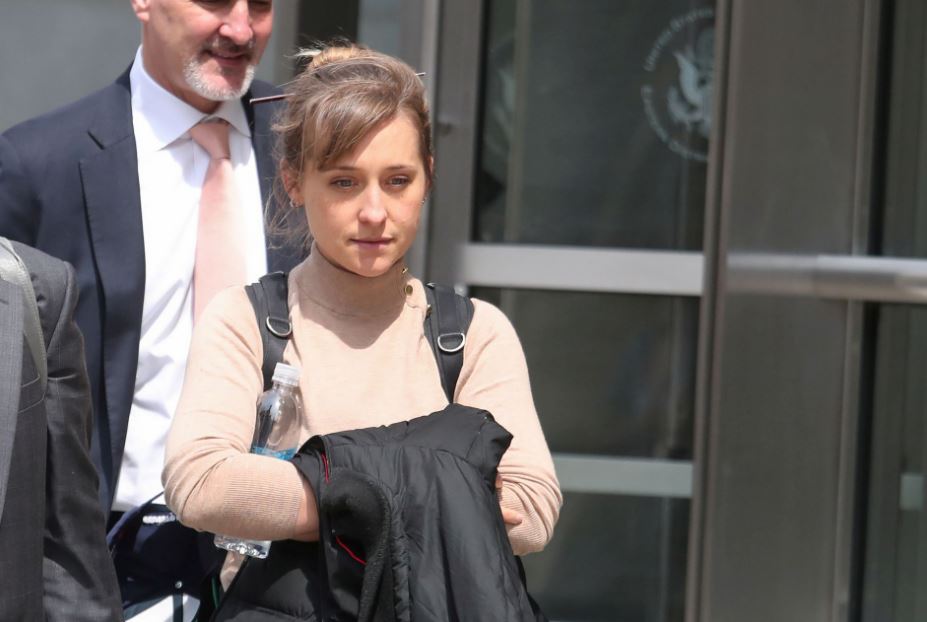 "Smallville" actress Allison Mack is scheduled to be sentenced on Wednesday after pleading guilty to blackmailing two women as part of NXIVM, a New York-based cult whose leader was convicted of sex trafficking and sentenced to 120 years in prison.

Mack, 38, has asked U.S. District Judge Nicholas Garaufis in Brooklyn to spare her prison time and instead sentence her to home confinement or probation.

"She cannot undo what has been done, and she will have to live with the regret for the rest of her life," Mack's lawyers said in a court filing last week. "But Ms. Mack still holds the potential to be valuable to society - as a family member, as a friend, as a helper to those in need, and as a cautionary tale."

Former members testified at NXIVM leader Keith Raniere's trial that he established a secret sorority within the group in which women were kept on starvation diets, branded with Raniere's initials, and in some cases ordered to have sex with him.

Leaders of the group, including Mack, were said to use nude photos and other compromising materials to blackmail members into complying. Mack admitted that she coerced two unnamed women into doing work for the group by threatening to release damaging information about them.

Federal prosecutors have not requested a specific sentence, but have said it should be less than the 14 years called for by federal guidelines in light of her "substantial assistance" in the investigation of NXIVM and Raniere.

"Smallville," a television series that ran from 2001 to 2011, featured a young Clark Kent before he became famous as Superman. Mack played Chloe Sullivan, his close friend.