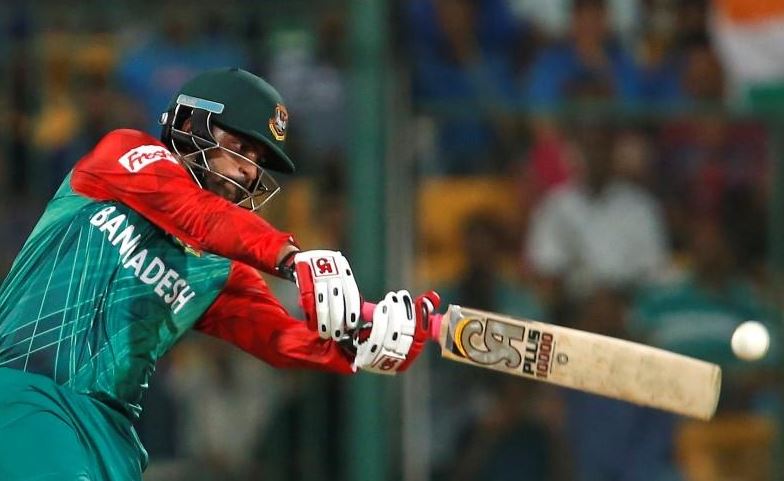 HARARE: Captain Tamim Iqbal scored a rapid-fire century to lead Bangladesh to a five-wicket win over Zimbabwe and a clean sweep of their three match one-day international series in a high scoring game at the Harare Sports Club yesterday.
Tamim made 112 off 97 balls to set the foundation as Bangladesh easily chased down a competitive target, reaching 302-5 with two overs to spare in reply to Zimbabwe’s 298.
Bangladesh wasted no time in their reply with an 88-run opening partnership between Tamim and Liton Das who dominated the hosts’ bowling attack.
Zimbabwe had hopes of a consolation victory after losing the first two ODIs when they were sent into bat and came close to a 300-run tally.
Opener Regis Chakabva hammered 84 off 91 balls and Sikandar Raza (54) and Ryan Burl (59) weighed in with decent contributions on a flat track but Zimbabwe were undone by a poor bowling display.
Bangladesh also won the one-off test between the sides this month. They will now play three Twenty20 internationals in Harare starting on Friday.