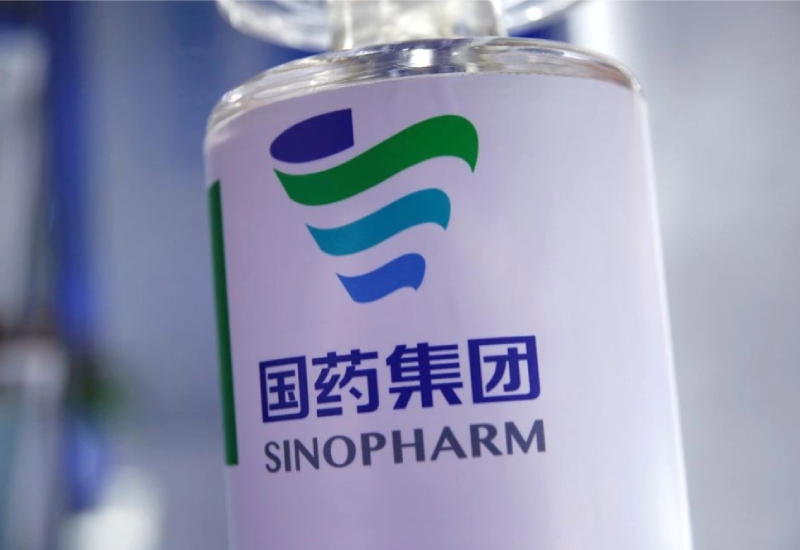 Signage of Sinopharm is seen at the 2020 China International Fair for Trade in Services. Reuters Photo

HAVANA: Cuba, which to date had deployed exclusively its homegrown Covid-19 vaccines, will start also using the Sinopharm vaccine of its Communist-run ally China in its bid to battle one of the worst coronavirus outbreaks in the world.

Health authorities will apply two doses of Sinopharm combined with a Cuban booster in the central province of Cienfuegos from Sunday, Vicente Verez, the head of the Cuban Finlay Vaccine Institute, was cited as saying by the provincial state-run outlet 5deSeptiembre.

The efficacy of the vaccine combo is above 90%, according to the outlet, without detailing where the data came from or whether Cuba's drug regulator had authorized the use of the Chinese vaccine. The World Health Organization gave emergency approval to the Sinopharm shot in May.

Authorities who had said earlier this month  they would be able to produce enough vaccines for all of Cuba by September did not explain why they were choosing to deploy a foreign one now.

"It seems obvious the decision to apply Sinopharm in Cienfuegos is associated to the limited availability of Cuban vaccines and the urgency caused by the explosion of cases," said Brazil-based Cuban virologist Amilcar Perez Riverol.

The health ministry had said in May the plan was to have vaccinated 70% of the population by August but had so far only reached around 30%, said Perez Riverol, who has become a guru on Cuban Covid-19 data analysis, on Facebook.

Meanwhile, Cuba has one of the highest Covid-19 caseloads in the world which is overwhelming its vaunted healthcare system which is heavily focused on prevention and primary care.

The outbreak comes amid a shortage of basic goods including medicine that has fueled anger at the government, leading to unprecedented nationwide protests  last month.

Cuban authorities, which blame the economic crisis largely on a tightening of U.S. sanctions, have hailed donations  of medical gear and food since the protests from allies like China although it was unclear if the vaccines were donated or bought.

Government critics had long urged it to acquire foreign vaccines rather than simply relying on homegrown ones, accusing it of placing its desire for prestige and good publicity over health concerns. Authorities said they preferred to focus scant resources on vaccine development and production than imports.

U.S. President Joe Biden said last month  the United States was prepared to send vaccines to Cuba if it was assured an international organization would administer them.

Cuban President Miguel Diaz-Canel retorted that if the United States cared about the island's humanitarian situation, it would lift the U.S. sanctions they accuse amongst other things of slowing down production of its homegrown vaccines.

The country has developed an unusually large biotech sector for a country its size, partly in a bid for sovereignty given the decades-old crippling U.S. trade embargo.

It is the only Latin American country  to have completed the development of two Covid-19 vaccines, Soberana 2 and Abdala, which have elicited interest from nations worldwide from Jamaica and Mexico to Vietnam and Argentina.

It says the three shot vaccines both have efficacy of over 90%  although the data has not yet been published in peer-reviewed journals. It has authorized both for emergency use