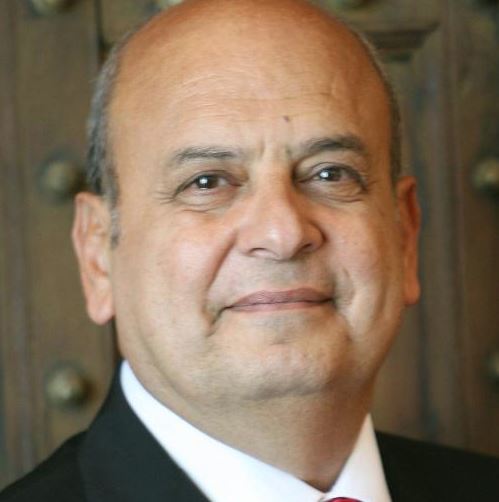 There is no plausible justification for what happened recently in Afghanistan. The waste of all these lives, and all these billions of American taxpayer dollars were wasted without achieving any benefit.

It’s inconceivable that the US, with its huge diplomatic and intelligence services, did not learn from its previous lessons in Vietnam and Iraq. Worse than that, it is likely that Washington’s politicians may repeat this tragedy in other countries in the future as long as history repeats itself without learning lessons.

It would have been better to spend these efforts and billions on people to improve their lives; productive work is much better and creates a better image than wars and killing others. But, it seems that America has not yet understood that it will not be able to win a war unless it wins the hearts of the people – and Afghanistan is the latest proof of that.

American thinking is complex and the American decision is based on short-term electoral considerations. Henry Kissinger once quipped that “it may be dangerous to be America’s enemy, but to be America’s friend is fatal”.

Successive US administrations since George W Bush have set short-term goals to be able to declare their success when they depart the White House. Instead, time should have been devoted to reconstruction efforts, with attention to the logistical challenges posed by a country torn by civil, ethnic, and sectarian conflicts.

The US with its strong army was unable to gain real popularity and legitimacy for the fugitive Afghan President Ashraf Ghani. Also, the American understanding that loyalty can be bought with money is seriously flawed; while it may be true in pragmatic America only, people in many parts of the world act in the opposite way.

Is it true that America’s withdrawal from Afghanistan created real pressure on the Iranians, the Chinese, the Russians, and the Taliban? Some say, “When elephants fight, the grass gets trampled” and if this is true, isn’t it better for the US to create an Afghan model of good governance where development prevails, as it did with Japan?

While most of the world, including GCC states, support Afghan stability to develop regional trade, combat human trafficking, and drug smuggling, and prevent irregular migration, other countries see instability as an opportunity to expand their influence, and it is clear that countries such as Pakistan, Turkey, and Iran aim to expand their supremacy by exploiting its influence on the Taliban.

Although the decision to withdraw from Afghanistan appears to be the right thing to do as the best practical solution available to President Joe Biden and satisfies a large part of the political class and the American people, at the same time it is a great moral failure. The scenes of Afghans loyal to Ghani’s government and America stuck at the airport or hanging on to American military planes are shameful at so many levels.

America has left Afghanistan in complete chaos. The Taliban’s takeover raises the possibility of a scenario similar to the civil war that erupted after the Soviet withdrawal from the same country in 1989. We will likely witness a significant escalation in the number of terrorist operations from Al Qaeda and ISIS beyond the borders of Afghanistan.

One of the most important lessons of what happened in Afghanistan is the decline in confidence in the American model and democracy. Among the arguments that circulated during the American invasion of Afghanistan and then Iraq, were the arguments put forward by the theorists of the democratic domino theory, who stated that if the US overthrew dictatorship regimes, and established a pro-Western democratic system, this will make other dictatorship regimes fall like dominoes. This theory has been put forward as the main justification for war, especially by the neo-conservatives under the administration of former President George W Bush. And now, with the fall of Afghanistan, it is confirmed that these were nothing but catastrophic wishes.