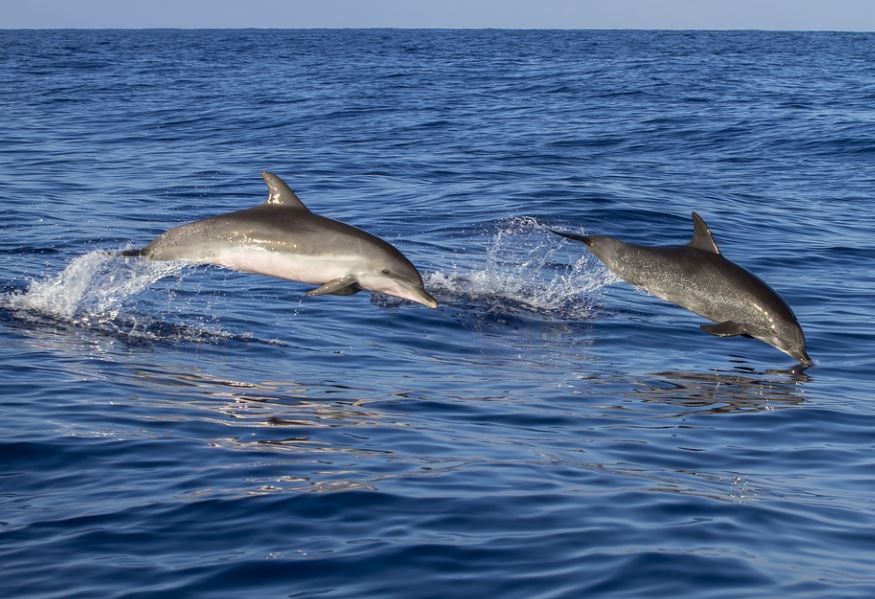 A total of 1,428 white-sided dolphins were slaughtered in the Faroe Islands, rekindling debates about ethics and calling for a ban on the four-century-old tradition,

Known as the grind, this year's haul took its place as the largest marine hunt in the territory’s history, The National reported.

The annual slaughter, which drives the dolphins into shallow waters where they were killed with knives for their meat and blubber, is not commercial and is authorised.

Images circulating online showed dolphin carcasses lying on Skalabotnur beach in Eysturoy near waters which were turned red by blood.

Located halfway between Scotland and Iceland in the North Atlantic, the 18 rocky islands are semi-independent and part of the Danish realm.

This year’s hunt broke several Faroese laws, said International marine campaign group Sea Shepherd, adding many participants were unlicensed and had no specific training on how to quickly kill dolphins.

Video analysis showed many dolphins were still alive after being knifed and thrown onshore with the rest of their pod, the group said.

The annual tradition usually witnesses the killing of up to 1,000 sea mammals annually, according to data kept by the Faroe Islands. Last year, that included only 35 white-sided dolphins.